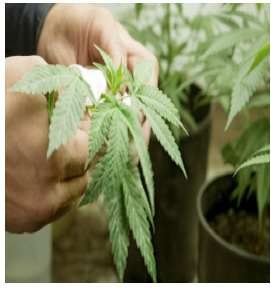 SPECIAL REPORT - As Executive Director of Americans for Safe Access, I travel across the country meeting with medical marijuana (cannabis) stakeholders such as patients, providers, medical professionals, regulators, and policy makers to talk about passing laws and regulations that meet the needs of patients.

That seems pretty straightforward, but you'd be surprised how easily these laws can be manipulated and how those implementing the laws can lose sight of the primary goal: to meet the needs of patients in a safe and dignified manner.

In any given week, my staff and I are coordinating our grassroots membership to weigh-in on state and local policies around the U.S., doing analysis based on our Legislating Compassion matrix, and working with people across the country to find community-based solutions for safe access to medical marijuana.

This consequently leads us into conversations with state departments of health, city councils, state legislators, state attorneys general, and governors.

What I've found in establishing these relationships with local and state officials around the country is that most of them understand and appreciate the benefits of medical cannabis, and are willing to support those that need access to it. Indeed, we're in a new era. From CNN's Dr. Sanjay Gupta apologizing to the American people for misinforming them on medical cannabis to oppositional groups like Partnership for a Drug Free America creating tools for parents called "Marijuana's legal, now what?" the country appears to be moving in the right direction... that is, unless you ask a cop lobbyist in California.

More than 17 years after Proposition 215 was passed in California, patients continue to have serious problems obtaining the medicine. This seems contrary to what's happening in the rest of the country with more and more states passing laws -- four in just the last two years, bringing the total to 20 medical cannabis states -- and with many public officials recognizing the need for storefront distribution centers, or dispensaries -- the latest dispensary licensing law was passed just last week in Oregon.

Given that the model of storefront dispensary found in California is what has been replicated all across the country in other medical cannabis states, the irony that California patients would be denied such access is tragic. But this is no accident.

After years of trying to pass statewide regulations, the California legislature sidelined an important bill last week, SB 439 (Steinberg), which would have further legitimized the currently operating dispensaries in the state. The Democratic-majority legislature in California was lobbied hard by the likes of CPCA, and despite over 10,000 emails, two lobby days, support from the California Medical Association, and overwhelming support in California for regulations, elected officials buckled under law enforcement pressure. Remarkably, the police lobbyists didn't just arm-twist legislators on this bill, they have opposed every single piece of medical cannabis regulation legislation ever introduced.

After what happened in Sacramento, I reached out to my friends at Law Enforcement Against Prohibition (LEAP) to see what they had to say. Retired LAPD Deputy Chief Stephen Downing said:

Law enforcement needs and wants a very clear checklist for medical marijuana law violations. It's an annoying area of law for most and does not rise very far up on the priority list for real cops. However, their paychecks are signed by those who get re-elected for 'cleaning up' the town. And as they say.... It rolls downhill.

The most basic thing police need to perform their jobs is direction. With medical marijuana, there are so many questions we are not trained to be able to answer it makes it impossible to effectively do our jobs. Those who lobbied against this bill did so not to improve policing but to advance their own political agenda.

If nothing else, the law enforcement opposition has been consistently aggressive despite the strong support among virtually every other sector of society.

In 2006, the CPCA wrote to Karen Tandy, then head of the Drug Enforcement Administration (DEA), to ask for help in addressing the increase in dispensaries in California and what CPCA called a "prevalent and destructive" problem. Over the next two years, the DEA under President Bush worked in collaboration with local police to shut down approximately 200 dispensaries, mainly in California.

Until it was removed from its public website in 2008, the CNOA proudly displayed a Position Paper on the "Use of Marijuana as a Medicine," which extolled "beyond a doubt MARIJUANA IS NOT MEDICINE (their emphasis)."

In 2009, CPCA issued a White Paper on Marijuana Dispensaries which concluded that:

All marijuana dispensaries should generally be considered illegal and should not be permitted to exist and engage in business within a county's or city's borders.

A few months later, the CNOA and CPCA along with other law enforcement officials, sponsored a training luncheon on "The Eradication of Medical Marijuana Dispensaries in the City of Los Angeles and Los Angeles County."    While dining on beef, oven-roasted potatoes, and peach melba, law enforcement officers learned how to shut down law-abiding businesses that served thousands of qualified patients in the area because CNOA and CPCA didn't agree with the law.

Of course it would be naïve to believe that these groups in California are acting alone. One doesn't have to look far to see some of the same arguments being made on a larger stage. In 2011, the International Association of Chiefs of Police (IACP) met in Chicago and adopted a resolution calling for the "Repeal of State Legislation Legalizing Distribution of Medical Marijuana."  The IACP is a little late to the party, if not shamefully misguided in its resistance to providing safe and legal access for the hundreds of thousands of qualified patients across the U.S.

If it's not obvious to CNOA, CPCA, IACP and other law enforcement groups that medical cannabis is here to stay, it should be. And, instead of continuing to oppose full implementation of the medical cannabis law in California, these groups should be working with patient advocates to establish the safest, well-designed law possible. But it won't be designed to simply make law enforcement's job easier, it will be designed to ensure that the needs of patients are adequately met and to guard against harm to patients and others in the communities where dispensaries exist.

If we're to address medical marijuana as a public health issue, there's little role for police lobbyists outside of advising on security protocols. It's long past time for police lobbyists in California to get out of patients' exam rooms and it's even more important for elected officials in the state to stand up to pressure from these groups and once and for all carry out the wishes of California voters.

(Steph Sherer is the Executive Director of Americans for Safe Access, the country’s leading medical marijuana advocacy group. Steph blogs at HuffingtonPost.com … where this column was first posted.)