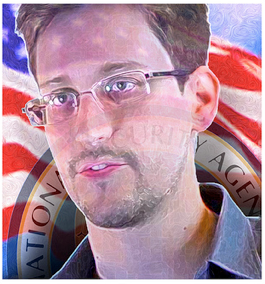 HOW MANY RIGHTS ARE WE WILLING TO GIVE UP? - Even before Edward Snowden disclosed that the National Security Agency (NSA) was harvesting seemingly every detail of our digital lives, our nation has been wrestling with a Faustian bargain: How do we maintain fundamental American rights of liberty and privacy while responding to the need to keep our country safe?

For many Americans, the debate never really hit home until Snowden leaked details of the government’s massive domestic surveillance programs.

These programs operate under a number of laws passed in the wake of the 9/11 terrorist attacks. Unfortunately, we only recently discovered that these same laws form the basis of an across-the-board sweep of electronic data about tens of millions of innocent Americans.

The changes began with the PATRIOT Act. Passed in 2001, the measure gave the government far-reaching powers to conduct electronic surveillance. Among other provisions, the law permits the collection of “any tangible things” that are “relevant” to an authorized investigation to protect against international terrorism or clandestine intelligence activities.

When Snowden blew the whistle, the public learned that the government is using the PATRIOT Act to collect the telephone “metadata” of millions of Americans without the individualized suspicion required by the Constitution.

But the PATRIOT Act isn’t the only law that rolled back our privacy in the past decade.

In 2008, Congress amended the 1978 Foreign Intelligence Surveillance Act (FISA) to give the government even greater leeway to spy on foreign persons suspected of espionage or terrorism. Under this new amendment, Uncle Sam can directly order communications companies, such as Apple and Google, to turn over the data related to foreigners.

Although the law prohibits the government from “intentionally” targeting persons in the United States, Snowden’s disclosures revealed that surveillance programs created under the FISA umbrella are collecting the conversations of Americans who communicate with people located abroad. Government officials have even admitted that gathering communications inside and outside the country is the special purpose of these programs.

The PATRIOT Act and FISA programs raise serious questions. How much of our privacy and how many of our constitutional rights are we willing to give up to protect this country from violent attack?

That we as a nation only learned of these questionable programs through whistleblowing disclosures further highlights the need to end “secret law,” the practice by which the laws passed by Congress are interpreted and applied behind closed doors by a small group of government officials and federal judges.

Laws made and implemented in secret restrict the opportunity for oversight, public debate, and legislative correction — ultimately threatening the foundations of our constitutional democracy. When the American people have no opportunity to influence government policies — even those associated with national security — democracy fails.

The road forward does not have to be one of either liberty or security. We can take steps to make our national security programs more transparent, accountable, and ultimately more effective.

First, we need to ensure that all government surveillance programs that affect privacy and constitutional rights have a unique benefit. The government should be able to tell the American people whether information necessary to impede violent attacks could not be gained by more individualized surveillance measures.

Second, we must guarantee protection for the rights of the American public during hearings of the Foreign Intelligence Surveillance Court, or FISA court. The FISA court approves government requests for surveillance under the PATRIOT Act and FISA, but these proceedings are currently one-sided — no lawyer represents the rights of millions of people living in the United States whose personal information will be collected. A permanent panel of attorneys should be created to advocate on behalf of the American public before the FISA court.

Third, the government should facilitate transparency by publicly releasing declassified versions of legal documents that substantively interpret the PATRIOT Act and FISA.

Implementing these and other recommendations will not be easy. But the Constitution and our democracy demand that the government preserve not only our nation but the rights on which it was founded.

(Aimee Thomson, a second-year law student at New York University, is a legal intern at the Project On Government Oversight. POGO.org This column was provided CityWatch by OtherWords.org) [  Photo credit: DonkeyHotey/Flickr