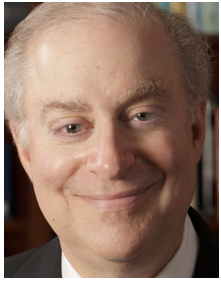 Listening to a secretly recorded conversation, Levi heard state Sen. Alan Robbins, D-Van Nuys, one of the Legislature’s slipperiest characters, tell an aide, who happened to be a federal snitch wearing a wire: “You don’t have to take care of me on every bill.”

“We had to play that back,” Levi recalled with a laugh during a recent interview. At the time he was the United States Attorney in Sacramento and his painstaking investigation led to conviction of four legislators, a member of the Board of Equalization, a Coastal Commissioner, a high-profile lobbyist and several legislative aides for political corruption.

Today, the FBI is again investigating allegations of corruption involving legislators. In June, agents searched the Capitol offices of Sen. Ron Calderon, D-Montebello, and the Latino Caucus, of which Calderon is vice-chair.

It has been reported that the focus of the investigation is the relationship between Calderon’s brother, Tom, a former member of the Assembly who became a political consultant, and a small water district in Los Angeles County that paid him nearly $1 million for his political work.

All in the family: Members of the Calderon family have held Senate and Assembly seats since 1983 despite the state’s term limit law that until this year restricted members of the Assembly to three two-year terms and the Senate to two four-year terms.

Approved by voters in 1990, term limits weakened the Legislature, created political instability and endless fund raising and turnover of members jumping from one job to the next. In November, voters eased the limits to a total of 12 years.

The limits give political advantage to those with name recognition. The LA Times reported that at least 16 lawmakers have had relatives who served in the Legislature. The newest – and the fourth — Calderon in Sacramento is 27-year-old Ian, son of Charles who was term-limited in the Assembly and Senate, and nephew of Ron, the senator.

In 1988, when Levi’s investigation became public, the state Legislature enjoyed the highest public approval rating in the respected California Poll – 57 percent favorable – a level it has not achieved since. The best since was 51 percent in January 2001. In February, in the last poll taken, it was 31 percent.

One could ask if the three years of headlines about corruption in Sacramento led to voter approval of the term limits. And could a new investigation ignite another mischievous initiative?

For his part, Levi, now the dean of Duke Law School after a distinguished career as a federal judge, said prosecutors cannot concern themselves with the political and policy implications of a criminal investigation.

“That’s not the way prosecutors think,” he said on the phone. “You try to be as surgical as possible. You don’t want to distort the work of everyone else.”

He said he gave term limits little thought at the time. “I was more opinionated about cloth vs. paper diapers,” he joked.

Corruption and cross-tabs: While the timing of the convictions and the term limits law is convenient, the relationship, if any, is more complex than it appears.

Mark DiCamillo of Field Research says there is no academic research on what drives approval ratings of the legislatures.

In an email, DiCamillo said he and Mervin Field, the all-time guru of public opinion in California, agree on this: “By far the biggest driver is likely to be the public view of how well things are going in California in general, and with the economy in particular.

“It is not coincidence that the late 1980s and early 2000s were times when Californians described the state as being in economic good times, and at these times elected officials generally received higher job performance ratings,” DiCamillo said. “Conversely, bad economic times tend to depress the job ratings of elected officials.”

A look at the approval ratings of the Legislature and the percentage of Californians who think the state is going in the right direction bears this out.

By 1992, when the state was issuing IOUs instead of paychecks, the approval rating dropped to an average of 32 percent. It recovered by 2001, when the state was relatively flush. It slid between 2007 and 2010 and is on the rise as the state’s fortunes improve.

DiCamillo also discounts the effect of corruption for partisan advantage, at least in the surveys. “We don’t think the public distinguishes between the two parties that much when it comes to corruption,” he said.  “When the public holds this view they tend to paint all politicians with a broad brush, no matter their partisan stripe.”

As Mark Paul and Joe Matthews observed in their book “California Crackup,” voter dissatisfaction with the Legislature should start with voters themselves and California’s uniquely restrictive ballot proposition laws.

“The public distrusts the legislature and their elected officials. So voters, preferring to trust themselves, make major policy decisions via ballot initiative. These decisions, because of the requirement that ballot decisions not be changed by legislators alone, further tie the hands of lawmakers.

Levi looks long-term: Whatever the outcome of the latest FBI investigation, voters and legislators should resist the urge or look for a quick fix or a quick punishment.

Ask David Levi if 25 years ago he had enough laws to prosecute political corruption and he says yes.

But he also worries that as power and decisions involving health, energy and other programs move from Washington to state capitals, the opportunities for mischief will increase unless someone is watching.

That,” he said, “is a problem for democracy.”

(Robert B. Gunnison, the only journalist in America whose byline is a complete sentence in Ebonics, worked as a reporter, editor and manager of the Sacramento bureau for United Press International, a capitol reporter for the San Francisco Chronicle and is the  former Director of School Affairs for the UC Berkeley Graduate School of Journalism. This column was posted first at CalBuzz.com)