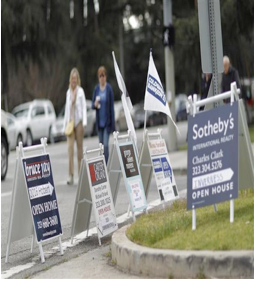 ALPERN AT LARGE - As I wrote in a recent CityWatch article, maybe we're NOT in an economic recovery--and hopefully, with the 2012 elections increasingly behind us, our communities and nation can start talking honestly about our ongoing recession (or, more accurately stated, the Second Great Depression).

While housing prices zooming back up may signal a recovery for some (homeowners wanting to move but who are upside down on their mortgages, city and county governments starving for property tax revenues, contractors and construction workers, and others), it's misery for those others who are young and wanting to raise a family.

Count me in as an advocate for that last group of individuals, and count me out as part of the "I've got mine, so to heck with how you get yours" subset of America that appears to be an increasing minority, if not majority, of Americans.

The increasing cynicism of American individuals and families is both simultaneously deplorable and understandable...and with not one but two Presidential Administrations and their political handlers whose policies have established Winners and Losers, it's similarly deplorable and understandable why everyone seems to be running to the exits and grabbing what they can while the going's still good.

Which leaves the rest of us as "suckers", cynics and pipedreamers if we still want to find a way to fix the once-cherished American Dream of working hard, having the opportunity to buy a home and move ahead through our own sweat equity.

A recent article in CityWatch by one of the leading thinkers and authors in urban studies, Joel Kotkin, describes this conundrum of a lack of affordable housing and homes rather well.

Ultimately, however, what Kotkin (and others) decry is the lack of a reasonable future for the next generation of Americans, a sentiment dittoed by the LA Times where young potential homeowners' offers for houses are eclipsed by Wall Street and other investors who snap up affordable Inland Empire homes for cash well beyond asking price.

Add to this the miserable and crushing student debt load that Millennials face, and their aversion to new debt as they watched their parents' and elders' affluence yanked out from under them during the 2008 economic freefall and you've got the framework to a generation that will "Just Say No" to new home loans and further debt.

This is particularly problematic because the supply of rental housing is now also limited, with rents being jacked upwards beyond affordability.  The result:  too many of us are paying too much of our monthly paycheck to merely having a roof over our heads (and our utility costs aren't going downward to compensate, are they?).

Unfortunately, that insulated way of thinking (beyond its self-absorbed approach to life) isn't one that takes into consideration what the economic future will be for us all if the new economic paradigms of Millennials overtakes the rest of us--don't take risk, don't make loans and investments, don't hire full-time workers, etc.

So how do we get beyond the decrying of the problems related to lack of affordable homebuying and housing?

Clearly, that question has myriads of potential answers but Kotkin addresses a few of these as ideal starting points, starting with a focus on what children and their young parents need.

Parks and open space, enhancing the ability of parents to work closer to home, using technology to allow at least part-time work at home, and allowing more commercial land use near residential tracts are all a start.

My own observation with working alongside both transit advocates and smart-growth advocates is that only a minority really respect the need for availability of single-family homes and for open space needs to serve children and their families.

The transit/smart-growth advocates I work with the most are those who understand these needs, so they need not take umbrage at my aforementioned complaint, but I think we all need to take umbrage at those clueless and compassionless transit/smart-growth advocates who either have no children, will never have children, have children who are grown and out of the house, and yet all share the same horrible trait:

They own their own home, want "others" to live in projects (oh, excuse me--I meant to say "transit-oriented development"), and have at best a lack of concern and at worst a downright contempt for children and those who want to have to have children.

I wish that harsh accusation didn't have to be made, but the thoughtless we've seen in our own City of the Angels reflects that dreadful reality.

One of the greatest accusations that can be made against both the Casden Sepulveda and Hollywood Millennium megaprojects (unanimously passed by the "caring, pro-growth, pro-jobs, transit-oriented" City Council of Los Angeles) is that they're pathetic places for children to grow up in, and that there's a pathetic lack of open space and parks that these developers have been required to provide for those living in these "projects".

Oh, I'm sure that these developers have fulfilled whatever lame, bogus and prima facie ridiculous open space requirements that City Planning has asked for, but let's not insult our collective intelligence:  if your children or my children had a choice of living in those "projects" or a Mid-City, Valley, Westside or Eastside single-family or R2-zoned tracts with parks nearby, the answer would be glaringly obvious.

And we have plenty of answers to this problem of home/housing unaffordability, including:

1) Ripping open our schools, parks, and libraries to public access and open space where children and their families can play and relax and breathe clean air (and for which these families are paying through their taxes), if we've got the spine (and heart) to do it.

2) Acknowledging that some our asphalt/concrete urban jungles are ripe for bulldozing and conversion into single-family and R2 (even modern R3/R4)-zoned developments, as well as parks, if we've got the spine (and heart) to do it.

3) Addressing the needs of minority and inner-city neighborhoods that have been forgotten, and to do whatever it takes to ensure that investors and contractors create first-rate developments to benefit children and families of all ethnicities and socioeconomic status, if we've got the spine (and heart) to do it.

Maybe our so-called "housing recovery" makes you happy for philosophical, political, partisan or other twisted reasons...but if you're happy and content, then consider for a moment whether your train of thought helps anyone but you and your immediate family.

As for me, despite the value of my own home zooming up (as well as my potential credit rating), I'm still focused on my children and those of the generation before them...and all I see is lost opportunity and incredible widespread stress and unhappiness on the part of Americans everywhere.

So I'll pass on any rejoicing as to our so-called "housing recovery" until I finally see a REAL rising tide that lifts ALL boats, thank you very much.