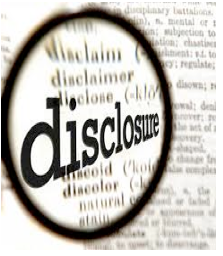 INSIDE CERRITOS - Old Guard Cerritos elected officials have had a long and well-documented history of extravagancy coupled with loose fiscal management.

Whether it be lavish trips and $65 halibut dinners or getting paid for trip mileage while receiving a $500 monthly car allowance, Cerritos residents often find themselves in the dark on what council is spending.

Recently, Hews Media Group-Community News was shocked to find out that, when presented a public records request for emails written by Cerritos City Council on a certain subject, council members were using, and have been using, their own private emails and personal cell phones to conduct city business.

Even more shocking, the City does not keep the emails therefore all communications are not subject to a public records request.

That’s right. All email communications by Cerritos publicly elected officials are not subject to a public records request.

The California’s Public Records Act is clear. Any city business, regardless of device or method of transmission, is public record.

Except in Cerritos, and other corrupt cities such as San Diego.

HMG-CN asked for and received personal emails related to the Assessor Noguez story, which showed massive property reductions and led to the arrest of the Assessor and three others.

HMG-CN asked for and received personal emails related to Rick Caruso property reductions at the Americana, which showed Caruso taking a massive tax reduction check that belonged to Nordstroms.

Greuel even said that, “I mixed up my personal and business emails.”

Yet Cerritos tells HMG-CN that they do not keep any city council emails because they all use their private email accounts. Talk about the fox guarding the hen house.

Are they exempt from the California’s Public Records Act? Absolutely not.

Elected Assessor Noguez’ was not. Neither was Caruso’s or Greuel’s.

But the Cerritos council acts like they are exempt.

The council talks a good game about transparency, posting the one-page dining reimbursement policy online after we exposed Carol Chen, Bruce Barrows, and Jim Edwards eating $65 steaks and $20 desserts, but they do not follow through on overall transparency.

This use of personal email accounts by Cerritos city council to conduct city business should raise some very serious concerns.

HMG-CN calls for the council to pass a formal policy forbidding the use of personal email accounts for city business.

Furthermore, the policy should state that any and all past communication including databases, spreadsheets, calendar entries, appointments, and notes which reside in part or in whole on any City computer or any other electronic system or equipment should be made public.

What could be their objection?

HMG-CN also calls on the residents of Cerritos to get involved and voice your opinion at the next city council meeting.

It is either that or allow council to travel to meaningless meetings, like last week’s Independent Cities Association that Barrows and Chen attended at the posh Ranch Bernardo Inn on Cerritos’ dime, even though Cerritos is not an “independent” city.

Sources tell HMG-CN that Barrows talked more about the Orange Line than Cerritos.

The current Cerritos policy is not a simple technical violation of complex legal requirements but a widespread and concerted effort to prevent Cerritos residents from having access to basic government dealings.

Fundamentally failing to fulfill even basic government duties, the Cerritos council have engaged in a systematic program to hide records from the public.

It is your choice Cerritos city council, full transparency or not.

My bet is … Not in Cerritos.

(Brian Hews is the publisher of Hews Media Group-Community News. This viewpoint was posted first at HMGCN.)