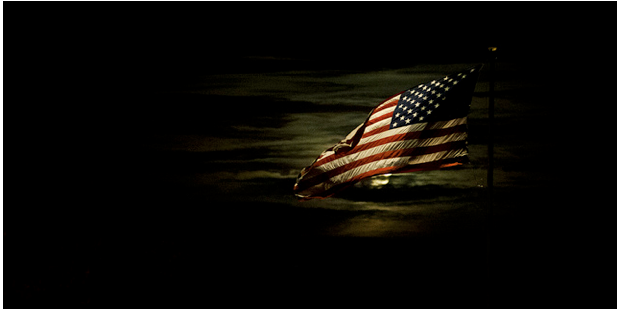 GUEST WORDS - In the days following the Japanese bombing of Pearl Harbor on Dec. 7, 1941, the Federal Bureau of Investigation began arresting, without charges, Japanese immigrants in California, Oregon, Washington and Hawaii who were on government lists as possible threats to national security.

They also picked up Germans and Italians, whose home countries declared war on the United States after the Japanese attack. The Japanese incarcerated were Issei, first-generation immigrants who could not become naturalized citizens after Congress passed the Immigration Act of 1924. The lists were not particularly sophisticated. The men and women taken away were teachers, clergymen, successful owners of small businesses, journalists and most anyone else considered a community leader.

It was a hysterical time; there was real fear and fear-mongering about a Japanese invasion of the Pacific Coast. American politicians and journalists were among those demanding all aliens be held in concentration camps—and President Franklin D. Roosevelt was one of them. So were California Attorney General Earl Warren and Walter Lippmann, the nation’s most respected political columnist.

The first 2,000 or so aliens were arrested within 48 hours. More than 1,200 were Japanese, more than 600 were Germans, and exactly 98 Italians were jailed. The Italian number might have been a bit larger, but the FBI decided not to pick up a San Francisco fisherman named Giuseppe DiMaggio. The government took his boat (and livelihood), but was afraid of the publicity that would certainly be generated because he had a son named Joe. That would be Joe DiMaggio of the New York Yankees, voted the most valuable player in the American League a couple of months before.

By the end of the spring of 1942, more than 120,000 Japanese were interned, two-thirds of them Nisei, or second generation. Born in the U.S.A., they were citizens. The government’s position, or defense, as 10 camps were built in the most barren deserts and swampland, was that the Japanese could never be assimilated as real Americans. “A Jap’s a Jap,” said Gen. John DeWitt, commander of Army forces in the West. This was a guy who wanted to put German-Americans and Italian-Americans in camps, but there were just too many of them.

Fast-forward 71 years to this Fourth of July. Japanese-Americans are just Americans now: judges and lawyers, doctors, senators, governors, journalists and war heroes. But in Washington and many other places, Arizona for example, “leaders” are arguing that Mexicans and Mexican-Americans, too, cannot be assimilated into polite (and white) American society.

Studies and personal experiences show that is ridiculous, just as it was during World War II, as American Germans, Italians and Japanese helped win that war.

In the Los Angeles Times last Tuesday, two professors, Helen Marrow of Tufts and Tomas Jimenez of Stanford, analyzed studies and data showing that Mexicans, citizens and aliens, are becoming “Americanized” at the same pace as most every other minority group here, including Germans, Italians and the Irish.

Marching in a St. Patrick’s Day parade or on Cinco de Mayo does not mean you are not an American. My grandparents on my mother’s side came from Alsace and Lorraine in France, and I drink wine, but that doesn’t mean I’m French.This is some of the data Marrow and Jimenez cite:

In 1980, only one-fifth of Mexican immigrants completed high school, but four-fifths of their children do; third-generation Mexican-Americans complete 13 years of schooling; more than one-third of Mexican-Americans marry persons from another background, higher than the intermarriage rate of earlier immigrant groups.

And a historical study by sociologist Cybelle Fox of Berkeley indicates that Mexican-Americans today proportionally pay more taxes and are given less federal aid than European immigrants did at the turn of the century.

In other words, we’re lucky to have them because they are younger than we are and will be paying for a lot of our Social Security and Medicare.

Happy Independence Day, whoever you are.

(Richard Reeves, senior lecturer at the Annenberg School for Communication at the University of Southern California, is an author and syndicated columnist whose column has appeared in more than 100 newspapers since 1979. He has received dozens of awards for his work in print, television and film. He also posts at truthdig.com where this column first appeared. Visit truthdig.org for other prominent writers like Robert Scheer, Amy Goodman and Chris Hedges.) Photo by DVIDSHUB (CC-BY)