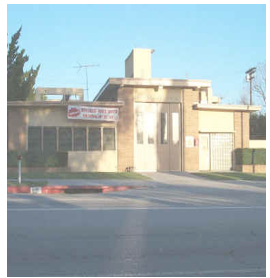 LA WATCHDOG - The City is acting like the Bill & Melinda Gates Foundation, handing out gifts to selected charities throughout the City.  Unfortunately, the beneficiaries are selected based on their political connections and the campaign contributions of their supporters.

On May 7, two weeks prior to the election, the City Council approved a motion (Koretz, Krekorian, and Garcetti) that would allow the Armenian Cultural Foundation to lease Fire Station 83, a surplus City owned property located at 5001 North Balboa Boulevard in Encino, for $1 a year.  However, this 20,000 square foot lot located on the corner of Addison and Balboa next to the parking constrained Encino Elementary School, is valued at more than $1 million.

According to a disgusted Encino resident, the proponents of this back room land grab subsequently hosted a fund raiser that raised $50,000 for Eric Garcetti.

On February 22, less than two weeks before the March 5 election, the City Council approved a motion (Wesson, LaBonge, and Garcetti) to lease a 27,000 square foot parking lot to the Korean American Museum for $1 a year. This very desirable valuable property in Herb Wesson’s Council District is located in the heart of densely populated Koreatown, just north of the Vermont Wilshire Metro stop on the Red Line and JH Snyder’s $175 million two tower development that benefited from $17.5 million in low cost government loans arranged by the City.

The City is also a party to another $1 a year lease with SCOPE (Strategic Concepts of Organizing and Policy Education) for former Fire Station 66 at 1715 West Florence Avenue, just east of Western Avenue in Bernard Park’s Council District.  This 2001 giveaway, sponsored by former Council Member Mark Ridley-Thomas, was entered into after the City spent $500,000 on improvements to the building.

However, SCOPE has been accused of improper campaign activity on numerous occasions, including in the 2011 election when paid operatives were working SCOPE’s phones on behalf of Forscee Hogan-Rowles in her unsuccessful effort to unseat Bernard Parks. However, these questionable activities have been ignored by Mayor Villaraigosa and the Ethics Commission, possibly because campaign funding IBEW Union Bo$$ d’Arcy supported Hogan-Rowles.

Overall, the City is foregoing an estimated $500,000 to $1 million a year on these three politically motivated leases.

Needless to say, these are not the only bargain basement leases that the City has with politically well connected organizations and their supporters. For example, there have been questions about the below market leases for merchants and non profits at El Pueblo, the undermanaged 44 acre park in downtown Los Angeles that is a popular tourist destination.

One of the first tasks of newly elected Controller Ron Galperin is to undercover and publicize all the City’s below market leases, including those entered into by our Department of Water and Power and the other two proprietary departments, the Port of Los Angeles and Los Angeles World Airways.

Our cash strapped City cannot afford to subsidize City Hall’s cronies, especially when our roads and sidewalks are a mess, our pension plans are $11.5 billion in the hole, and the City is downsizing its work force.

When are our corrupt Elected Elite going to learn that they need to earn our trust and confidence, especially now that Eric Garcetti and the newly constituted City Council are preparing to ask us to pay for a $3 billion bond offering to repair our streets?