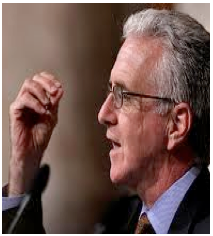 RON KAYE ON LA - The meeting started late and it started badly, with a 10-minute argument about approving the minutes of the last meeting. Then it headed downhill.

Issues that were raised were sent to committees for further study, though no one was quite sure which members were on them or when they would be able to meet.

Welcome to the San Fernando Valley Council of Governments — a three-year-old coalition that was supposed to finally, belatedly, bring the cities of Glendale, Burbank, San Fernando, Santa Clarita and Los Angeles together to develop plans and raise funds to solve transportation and other regional problems like every other part of the county has been doing for so long.

But the Valley COG is not like the others. It was set up to fail.

There are 13 members: one council member from each from the smaller cities, seven council members who represent parts of the Valley in Los Angeles, and the two Los Angeles County supervisors who carve up the region, Mike Antonovich and Zev Yaroslavsky.

Amazingly, every one of them has veto power. Even more incredibly, each of the smaller cities contributes $10,000, the same amount LA and the counties contribute, for a total annual budget of $60,000, a fraction of the funding provided to other COGs.

As the dysfunction has become painfully apparent in the last six months, it was inevitable that the politicians would need to find a fall guy.

Since the only employee is Executive Director Robert Scott, there were no other candidates. For more than a quarter century, Scott has been a driving force behind efforts to organize the Valley politically and economically, the last man standing from the Valley secession movement when others have moved on or been co-opted by the downtown power structure.

The focus of last week’s meeting was the same as several previous meetings: Find candidates to replace Scott, who has irritated some with his aggressive efforts to change the voting rules and get enough funding so the COG can get projects moving.

There are 18 candidates, including Scott, who will be considered at a special meeting June 17 or 24, depending on whether all 13 members can make it.

Getting members to meetings is a big problem, even though they are only held every two months, and on Thursdays, when there are no conflicts with other meetings.

Last week, only five of the 13 members showed up — Chairman Ara Najarian of Glendale, Jesse Avila of San Fernando, Marsha McLean of Santa Clarita and Paul Krekorian, one of the LA seven, and Yaroslavsky. Three others sent aides so they had a quorum.

Through a series of reports, the two professional politicians — Krekorian and Yaroslavsky — expressed repeated irritations that bookkeeping and financial operations were not up to the high standards they are used to in their giant governments with tens of thousands of employees.

There was some good news from the county Metropolitan Transportation Authority: Money left over from local projects can be used in the region — a long list that does not include improvements to the Ventura (101) Freeway through the Valley, as Coby King, chair of the Valley Industry and Commerce Assn., noted in a presentation.

“It is one of the most congested routes in the world,” King said, adding that “not talking about the 101 doesn’t do anything to fix the 101 … I know it’s a political hot potato, but we need to stop ignoring it.”

Yaroslavsky, long-time MTA board member and representative of much of the Valley, demanded King be specific: what problems, what solutions?

“If we approve something this global, than anything is possible,” he warned, recalling that proposals a decade ago to double-deck or widen the freeway created an uproar. “It could be interpreted by some that we are looking to get back into what was politically explosive in 2002 … I don’t know what this means, other than trouble.”

Added Krekorian: “There’s no need to reinvent the wheel here. There’s been a lot of studies over the course of decades. There have been task forces convened, summits held.”

It was agreed, unanimously, to find out what’s already in the files and to consider, down the road, convening a task force to propose specific fixes someday.

With that, Santa Clarita’s McLean triggered another round of hand-wringing by asking for support for a resolution urging the Valley legislative delegation to vigorously oppose Gov. Jerry Brown‘s plan to “borrow” $500 million dollars earmarked for local governments from the cap-and-trade program.

“We all know how well they pay back loans,” she said. “Once it goes into the general fund, we have no say in it. It just disappears … I don’t know what you need to know beside that.”

Krekorian needed to know a lot, raising unanswerable question after question about possible effects on state finances and casting doubt that a “generic statement, ‘Don’t take our money’” would be taken seriously in Sacramento.

“We just don’t have enough information to make an informed decision … I don’t have anything in front of me,” he said.

But he gave in when it was pointed out that Bob Blumenfield is chairman of the Assembly Budget Committee and councilman-elect for the West Valley. He will be joining the COG board on July 1.

The Valley COG represents a missed opportunity for a region with more than 2 million people, 20% of the county.

It’s why the subway ends as it reaches the Valley, why light rail skirts Burbank and Glendale, why every other part of the county is getting major transit projects.

Unless the rules of the Valley COG are changed dramatically, the region will remain badly underserved — exactly the way officials downtown in the county Hall of Administration and LA City Hall want it to be.

(Ron Kaye is the former editor of the Daily News, founder of Save LA Project and blogs at ronkayela.com where this column was first posted. It was also posted in the Sunday Glendale News-Press.)