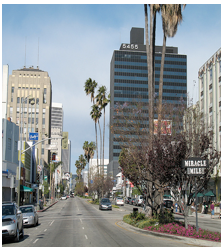 PLANNING POLITICS - Much of the wisdom that comes with age is a result of learning the profundity of clichés.

I grew up with the well-worn truism that the more things change; the more they stay the same. The durability of that adage took me by surprise recently as I read the introduction to a Los Angeles traffic study. Here’s what it said:

“One of the outcomes of modern civilization has been the collection of populations into large centers at situations of geographical importance as regarded from a commercial, or as in the case of Los Angeles, a climatic point of view.

The massing of such populations has necessarily given rise to numerous civic problems, not the least of which are the providing of adequate urban and inter-urban transportation and the relief of congestion in crowded streets.

While the former question can only be regarded as two distinct and separate problems, each with its own share of difficulties, yet such divisions are so co-related, so dependent upon each other for the complete development of any given territory, that consideration should be given them as a whole, and any remedial measures devised accordingly.”

That mouthful is the opening paragraph from a 1915 study of traffic conditions in the City of Los Angeles. (That’s right: 1915). And what I have learned from reading this – and countless other traffic studies of a more recent vintage – is that we have never had a clear and comprehensive vision of how to handle transportation and congestion in the sprawling metropolis that is Los Angeles. And it is glaringly apparent that our modern politicians and experts still haven’t grasped the above-stated concept that “consideration should be given them as a whole.”

This lack of consideration is why with one hand we are spending exorbitant sums on new light rail lines and subway extensions, while the other hand slashes budgets for bus and local DASH service.

There is little-to-no political will to consider the needs of this city as a whole. That was the case in 1915 and it is the case today. The more things change, the more they stay the same…

But the Miracle Mile Residential Association (MMRA) intends to confront this chronic tunnel vision, this crazy-quilt approach to city planning. We are going to take a “global” approach to every new project that comes to the Miracle Mile  – large or small. And we are going to do everything within our power to demand that the City does the same. Our eyes are wide open. Because we have learned the hard way that those who don’t know history are doomed to repeat it.

(Jim O’Sullivan is president of the Miracle Mile Residential Association … MMRA. This view point was posted first in the excellent MMRA Newsletter, edited by Ken Hixon)