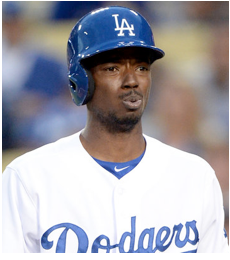 TIME TO REVISIT THE DODGER BLUES - LA was ecstatic when an investment group led by Guggenheim Partners purchased the Dodgers for $2 billion from the most hated man in all of baseball.

But as we all know, there is no such thing as a free lunch. And come November, it will be time to pay.

In January, the Dodgers announced the formation of a new team-owned regional sports network in “affiliation” with Time Warner Cable (“TWC”), the largest cable TV company in Los Angeles and Southern California.   This 25 year exclusive deal for the Dodgers’ broadcasts is rumored to be worth in the range of $7.5 billion, an average of about $300 million a year, more than enough to cover the team’s record payroll of $230 million.

Under this arrangement that starts at the end of this season, the Dodger Network would be carried exclusively on TWC and other cable and satellite systems. In return, it is estimated that the Dodgers would receive $5 a month from 5 million cable subscribers throughout Southern California, resulting in annual revenue of $300 million.

This compares to the current level of around $40 million that Fox pays to broadcast the games over the air at no cost to Dodger fans.

However, cable subscribers will not see a specific charge on their bill because the cost of the Dodger Network (and any TWC markup) will be buried in TWC’s “basic” cable package, along with the costs for over the air TV, ESPN and all the other sports channels, TNT, CNN, MTV, and all the other standard cable offerings that are bundled together by the programmers like Disney, Viacom, and Time Warner.

But when all is said and done, we will end paying at least $5 a month and, depending on TWC’s mark up and profit goals, up to $10 a month.  This would result in an annual hit of $60 to $120 compared to the current free over the air broadcasts.

Underlying the formation of the Dodger Network is the opportunity to create a very valuable business, similar to the Yankee Entertainment Sports (YES) Network that was recently valued by Rupert Murdoch at $3 billion.  Another excellent example is the New England Sports Network that is anchored by the Boston Red Sox.

But there are risks associated with the Dodger Network, including the willingness of cable subscribers to pay ever increasing cable bills as a result of the rapid escalation of sports programming.

By 2020, cable bills are predicted to reach $200 a month, up from $86 today. Underlying this 11% per year increase is the ever growing cost of sports programming, whether it is Disney’s ESPN, the Lakers, the Dodgers, or Fox Sports, all of whom believe that they have the absolute right to increase their prices with impunity.

But this strategy may run into a buzz saw, whether it is through lost cable subscribers who “cut the cord” as a result of the obscene price increases or government legislation that allows abused cable subscribers to pick channels “a la carte” rather than in a “bundle.”

For example, if 4% of subscribers watch the Dodgers, why would the other 96% choose to subsidize their viewing habits?

Of course, as far LA is concerned, the key is whether the Dodgers and the ownership are working overtime to build a winning team and a great fan experience.

Over the past two years, Guggenheim has invested an additional $300 million in the Dodgers, including $100 million in making Dodger Stadium very fan friendly and $200 million in operating losses because of their record setting payroll.

But the Dodgers are in last place in the National League West, seven games under .500 with some of the lamest bats in Major League Baseball.  The team is next to last in runs scored and slugging percentage, but lead MLB in errors.   Coupled with below average pitching for the National League, the Dodgers have scored 35 fewer runs than their opponents.

But the good news is that attendance is up by over 12% to over 43,400, leading the majors and resulting in additional $20 million in revenue. Overall, attendance is up 20% since Guggenheim came to town.

There are other issues facing the Dodgers, whether it be dealing with the Boston Parking Lot Attendant, the 50% owner of the parking lots, negotiations over revenue sharing with MLB, or replacing the questionable $1.2 billion investment by affiliated insurance companies in the investment partnership.

But with over two thirds of the season remaining (111 games), there is still hope that the Dodgers will regain their health, find their bats, and make the playoffs.

As for the bump in our cable bill, some will refer to it as a tax.  But most Angelenos will not mind being band wagon fans if the team is a winner.  And they certainly will prefer to support the Bums who play in privately owned Dodger Stadium rather than paying a tax to support the elected bums who have given away the store to the campaign funding unions.

(Jack Humphreville writes LA Watchdog for CityWatch. He is the President of the DWP Advocacy Committee,  the Ratepayer Advocate for the Greater Wilshire Neighborhood Council, and a Neighborhood Council Budget Advocate. Humphreville is the publisher of the Recycler Classifieds -- www.recycler.com. He can be reached at: lajack@gmail.com. Hear Jack every Tuesday morning at 6:20 on McIntyre in the Morning, KABC Radio 790.)
-cw