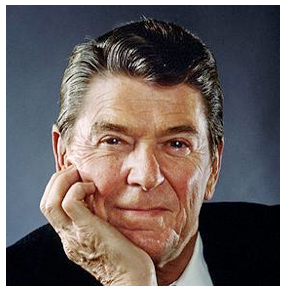 SAINT REAGAN? - The conviction of former Guatemalan dictator Efrain Rios Montt on charges of genocide against Mayan villagers in the 1980s has a special meaning for Americans who idolize Ronald Reagan. It means that their hero was an accessory to one of the most grievous crimes that can be committed against humanity.

The courage of the Guatemalan people and the integrity of their legal system to exact some accountability on a still-influential political figure also put U.S. democracy to shame. For decades now, Americans have tolerated human rights crimes by U.S. presidents who face little or no accountability. Usually, the history isn’t even compiled honestly.

By contrast, a Guatemalan court on Friday found Rios Montt guilty of genocide and crimes against humanity and sentenced the 86-year-old ex-dictator to 80 years in prison. After the ruling, when Rios Montt rose and tried to walk out of the courtroom, Judge Yasmin Barrios shouted at him to stay put and then had security officers take him into custody.

Yet, while Guatemalans demonstrate the strength to face a dark chapter of their history, the American people remain mostly oblivious to Reagan’s central role in tens of thousands of political murders across Central America in the 1980s, including some 100,000 dead in Guatemala slaughtered by Rios Montt and other military dictators.

Indeed, Ronald Reagan – by aiding, abetting, encouraging and covering up widespread human rights crimes in El Salvador, Honduras and Nicaragua as well as Guatemala – bears greater responsibility for Central America’s horrors than does Rios Montt in his bloody 17-month rule. Reagan supported Guatemala’s brutal repression both before and after Rios Montt held power, as well as during.

Despite that history, more honors have been bestowed on Reagan than any recent president.

Americans have allowed the naming of scores of government facilities in Reagan’s honor, including Washington National Airport where Reagan’s name elbowed aside that of George Washington, who led the War of Independence, oversaw the drafting of the U.S. Constitution and served as the nation’s first president.

So, as America’s former reputation as a beacon for human rights becomes a bad joke to the rest of the world, it is unthinkable within the U.S. political/media structure that Reagan would get posthumously criticized for the barbarity that he promoted. No one of importance would dare suggest that his name be stripped from National Airport and his statue removed from near the airport entrance. (Read the rest … including what the documentary evidence reveals … here)