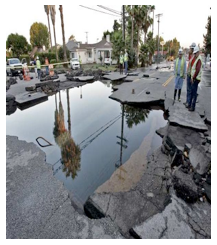 LA POLITICS - I had the pleasure of meeting former mayoral runoff candidate Emanuel Pleitez last Saturday night at a roundtable discussion on the Mark Isler radio show (AM 870), and despite the Democratic/Republican format the tone was both pleasant and in clear agreement on what was needed for the City:

Leadership that was approachable, authentic, affable and transparent.

Improving the local economy and job creation was certainly task #1, but creating a working paradigm of fiscal, legal and organizational cooperation was part and parcel of the winning formula for new leadership in LA.

The need to end the divide between the civil service and the citizenry (i.e., neighborhood councils and the grassroots) was also part and parcel of that, and it was almost breathtaking how the group all clearly was in favor of mayoral candidate Eric Garcetti, with whom Pleitez now works and endorses (as do former mayoral candidates Kevin James and Jan Perry).

And clearly, the overarching consensus of the group was that the Villaraigosa Era was hardly a smashing success, left a bad taste in the mouths of many who'd hoped for greater things, and needed to be OVER.  The hopes had been high, but were in large part dashed by a mayor whose ego by far outweighed his promises.

This was a sentiment that is being shared by the LA Times Editorial Board who noted that L.A. had hoped Villaraigosa would be great but was merely good, and that his ego is by far out of proportion to his actual accomplishments--particularly because of his five-year sweetheart deal with city workers giving them 5% salary increases a year for five years in 2006.

Furthermore, the sweeping list of tackling real problems, ending the crushing grip of developers and unions on Downtown agendas, and reforming/modernizing City Planning and Transportation Policy to create a livable City of the Angeles is as high on the minds of prominent citizens--as denoted in the Times editorial page last Sunday as it is among ordinary Angelenos.

Clearly, our consensus was that the City needs to be fixed, and freed of the working paradigms of the Villaraigosa era.  Whether or not these paradigms were inherited from former Mayors Hahn and Riordan is moot--we need to FIX the City from the condition it has now been left after eight years of Antonio Villaraigosa.

And for the record, I was thrilled when Mr. Villaraigosa won the mayoral race eight years ago, and I was his supporter for much, much longer than most of my neighbors.  Still, no one appears to be urging the next mayor to "do more of what Antonio Villaraigosa did for Los Angeles".

As with Villaraigosa, celebrity endorsements and political showmanship, rather than approachability and availability, appear to be the hallmarks of the Greuel campaign.  This City will indeed be in a bad way should she win, because it'll be more of the same with the developer and union money that now clearly owns her.

A critical question before the next election in May 21st, which will determine the next Mayor, City Controller and City Attorney, is whether the following CHARTER REFORM issue can be confronted:

WILL ALL SALARY/PENSION/BENEFIT DISCUSSIONS AND MEETINGS INVOLVING PUBLIC/TAXPAYER FUNDS BE REQUIRED TO BE TRANSPARENT AND WITH REPRESENTATION FROM SIMILAR NUMBERS OF BOTH ELECTED UNIONS OFFICIALS AND ELECTED NEIGHBORHOOD COUNCIL LEADERS?

Such a CHARTER REFORM question isn't crazy talk.  It's consistent with the Brown Act and with previous charter reform, and it's critical for the fiscal, operational and legal health of the City.

Downtown must stop stepping on the necks of LA's citizenry, and must make the City more livable and economically healthy to attract new jobs and enhance the quality of life for its families.  No one group (such as developers and unions) should be catered to at the expense of the majority, and the citizenry and civil service need not always be at each other's throats.

Such sentiments are clearly more consistent with former City Council President Eric Garcetti, who is by nature affable and would be the ideal person to require all parties to come together for negotiations and compromise.  I once thought Mr. Villaraigosa was this sort of person, but clearly he blew this opportunity--and it's hoped that Mr. Garcetti, should he win, can do much better.

Furthermore, it's my belief--and hope--that Mr. Garcetti can end the Westside/Eastside, Valley/Downtown, and white/black/brown balkanization of Los Angeles that has me witnessing more blatant racial politics than anything I saw during my medical training in the South.

That's right, folks--ask a black or brown individual living in the South (well, maybe not the more rural parts) where the racism or race-obsession is, and you might be surprised how well people get along there compared to our "enlightened" part of the nation.  This needs to end, and it's a major part of why I fought for the Expo Light Rail Line for over a decade:  we need to bring people together, and we need to be One Los Angeles.

We All Have A Decision To Make.  It's hoped that Eric Garcetti can help us make that decision...Together.

Furthermore, operationally, the Department of City Planning--enabled by the City Planning Commission who takes direct marching orders from Antonio Villaraigosa and his developer/union donors--has become a Politburo that decides what's best for all of us by fiat.  After years of begging and meeting with City Planning to do its legally-required job and update Community Plans for zoning, infrastructure and land use decisions, they appear to be operating in a completely-arbitrary manner.

Oh, they'll "meet" with the community and declare that "outreach" was performed...and then the Planning Politburo will proceed to then do whatever the hell it feels like.  Because they're smarter than us.

But they're also owned by mayoral/Downtown special interests who have no interest whatsoever in proper Planning that obeys the laws of City Policy, if not the laws of physics, when it comes to traffic, water, electricity, the environment, etc.

So when it's suggested that Planning should be combined with Building/Safety, an otherwise brilliant streamlining and efficient approach to City operations, those of us who've worked for years (clearly now in vain) to come up with better City Policy are just terrified.  Things will be rammed through without any thought for what's good for a given community, and for what's good for sustainable and transit-oriented development--despite the rhetoric, the reality is that developers win and the rest of us will lose.

Which isn't to say that developers are all bad--but clearly Mayor Villaraigosa, his pack of rubberstamping stooges that run the City Planning Commission, and his Planning Politburo has created a crisis of confidence that has rewarded all the bad behaviors and encouraged all the bad developers to come to LA and enjoy a lot of profits without the hassle of playing by the rules.

So it's nice to see that the Los Angeles Times Editorial Board is finally noticing when an entity such as Barlow Hospital is interested in selling off some of its land to a developer to create a high-density development of about 600 units, just to make some quick money but without any community benefit for the zoning and land-use variances and changes it's asking for.

It's to be wondered, however, if he Times Editorial Board's sentiments can be extended to those who it's dismissed as mere NIMBY's who are freaked out at the irresponsible transportation/planning variances that have been granted for the Millenium and Casden developers, and to LA World Airports.

I know it's lots of great fun to step on the necks of the Hillside, Hollywood and Westside Angelenos who pay lots of taxes and who want to have some semblance of neighborhood preservation, and who voted for Measure R, and who thought that compromise would rule the day when it came to variances and zoning changes.

But both City Attorney Carmen Trutanich and City Attorney wannabe Mike Feuer (who helped draft Measure R) should investigate the Casden situation and LAX groupthink, and the manner in which the Hollywood Community Plan was gamed to help developers...and place the City at legal risk and without economic benefit.

And Mike Feuer should especially give consideration as to the land use decisions regarding both the Casden project and LAX expansion, because interest in extending Measure R (his baby) has been shredded in the Westside and other areas of the City and County.  People see bad behavior being rewarded by developers, and they see mobility being threatened by overdevelopment and unnecessary shutdown of Lincoln/Sepulveda Blvds and an Endless Carmageddon on the 405 by LAX.

And the credibility in creating more "mobility-enhancing projects" is being threatened daily by wildly inappropriate land use and transportation decisions that have nothing to do with, and clearly threaten, that very same mobility.

So, Mr. Zine and Mr. Galperin, do you think we should be required to have the civil service and the citizenry meet in equal numbers, and in an open and transparent manner, when it comes to budgetary decisions to preserve a healthy and transparent City?

So, Mr. Trutanich and Mr. Feuer, do you want to protect the City from unnecessarily-incurred legal risk and create some more fun like we've seen with the digital signage controversy?

And so, Mr. Garcetti, do you have the courage and moral fortitude to call for CHARTER REFORM to protect the budget, legal and operational activities, and future of the City of the Angels?

(Ken Alpern is a Westside Village Zone Director and Boardmember of the Mar Vista Community Council (MVCC), previously co-chaired its Planning and Outreach Committees, and currently is Co-Chair of its MVCC Transportation/Infrastructure Committee. He is co-chair of the CD11 Transportation Advisory Committee and chairs the nonprofit Transit Coalition, and can be reached at [email protected].  He also co-chairs the grassroots Friends of the Green Line at www.fogl.us.   The views expressed in this article are solely those of Mr. Alpern.)