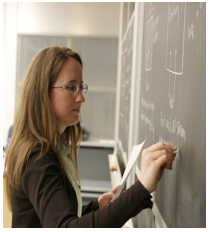 EDUCATION POLITICS - It’s a marvel of PR work that come the 2010’s, “teachers” could be relegated to a condition of such widespread vilification.

It did not used to be so.  Formerly in the world of frontier America, the school teacher was an icon of respectability and morality.  She was the embodiment of government and a public order.  It simply would not be done for a student to denounce her authority.

Contrast this culture with our modern world’s, where children are afforded sage authority to pronounce competence.  Parents feel entitled to presume incompetence.  The ulterior agenda of a student is brought to bear as witness against their superior where formerly that stature would have shielded the accused from any, much less negative, judgment.

Gone are the days of benign oversight for a room full of studious children, crowned by rows with a desk at its front, boasting a shiny apple.  The teacher belonged behind that apple as surely as there was a Mother at home baking more into apple pie.

Today most adults not associated with teaching seem ready, almost super-saturated with a pronouncement of contempt for teachers.  It’s practically a knee-jerk response: ‘oh, those teachers …

I have some sympathy for whatever educational outrage du jour is on the docket, but then there are those culpable teachers who are somehow so responsible for all that is wrong with the public sector that they invalidate {scandal du jour}’.

It is a staggering transformation of the reputation — and image — of the profession.  From icon of altruism and goodness to that of indolence and greed, teachers are rendered scapegoat extraordinaire.

From where does such nonsense stem?  How could a professional reputation so sacrosanct be reversed so thoroughly, so quickly?

It is of course possible that this reputation represents some truth of about-face among the stalwart of the profession.  But in truth it is hard to give credence to so much fundamental change, so rapidly.

The ranks of teachers are filled with thoroughly committed individuals, advocates for young charges and their scholastic needs amid hugely challenging circumstances of poverty and privation.  Always have been, still are.

There is little question that among these professionals are individuals of varying virtuosity.  As it happens even I have my own, very personal hair curling stories of ignominy.  But it is equally clear that the preponderance of public school teachers remain hugely dedicated, extra-specially praise worthy, good citizens and hard workers par excellence.

Its ranks may not boast the most intellectual or acme of competence, but what group’s does? The financial sector? Though they are leading the charge against teachers nowadays, this would not be the sector from which I would recruit paradigms of morality or even success for my children.