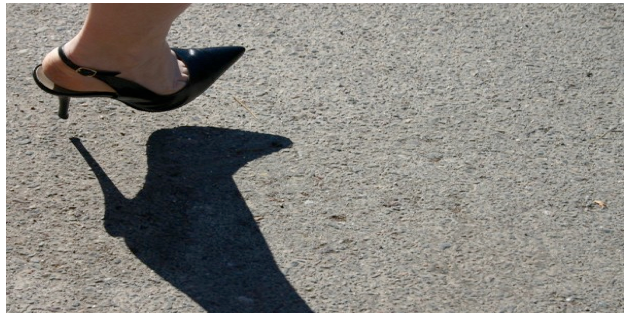 VOICES FROM THE SQUARE - The first person to show me women could be active in politics was my grandmother, an ardent New Dealer and lifelong admirer of FDR. We lived in Tucumari, New Mexico, and once I got my driver’s license (at age 15), she never let me go to school on an election day again. My job, instead, was to drive people to the polls. When I’d finished with one group, she’d have a list of new people for me to pick up.

In 1993, when I decided to run for mayor of Los Angeles, the first woman and Latina to do so, I called to tell her the news.

There was an unnerving pause. “You know, it’s a really hard job,” she finally said. “But you can do it.”Today, odds are high that we’ll elect a female mayor of Los Angeles (two of the leading mayoral candidates are women), but what’s perhaps most remarkable is how little we’ve noticed that milestone. Things have changed a lot for women in business and politics, and in my career—sometimes on purpose, sometimes by chance—I wound up helping drive that change. It isn’t always fun to break a barrier (barriers can cause injuries), but it can be satisfying. I know that, because I had to learn it repeatedly.

In 1967, when I was 19 years old, I got my first paycheck. It was for $450, more than any check ever earned by anyone in my family. I was in Washington working for New Mexico’s U.S. congressman, Tom Morris. I’d gotten the job, which had started as an internship, right out of high school, in part because Morris was the husband of my first grade teacher. This was the era of the Vietnam War, and there was a lot of turmoil. When Martin Luther King Jr. got assassinated and Washington went up in flames, I called my grandmother to tell her what was happening.

“It was about time,” she said. “Sometimes you have to take drastic measures. You push people so far and they have to do things.” Her reaction was unexpected but calming: She wasn’t afraid for her little girl, so neither was I.

If working for Congressman Morris showed me that I could live on my own as a young woman in a big city far from home, my next job, as a caseworker for US Senator Alan Cranston of California, showed me how to negotiate both bureaucracies and Capitol Hill boys’ clubs. I worked primarily on veterans’ affairs in both DC and in Los Angeles, helping returning Vietnam veterans with things like unpaid benefits and hospital bills.

At one point, a glitch in the VA computers caused thousands of vets to lose their GI Bill checks, threatening their enrollment in school. When I told Senator Cranston, he sent me straight to the VA office. I wound up staying there three days in a row, refusing to leave until someone gave me definitive answers about when the checks would be delivered. He taught me one of my earliest lessons about advocacy: If you have to barge in, barge in.

At that time, very few women ran for office, and there were no women in California’s congressional delegation. Even female staffers were few. One day, when Cranston sent me to the Pentagon for a meeting about defense procurement, I got turned away at the door. I was told I must be lost; then I was told there were to be no women in the meeting. Stunned, I returned to office and told Cranston I’d been tossed out.

“Why?” he asked sharply.

“They told me there are no women,” I said.

“You get back in a cab and get over there!”

“You should send Bob,” I suggested.

In 1972, still working for Cranston, I moved to Los Angeles to enroll at UCLA for a bachelor’s degree. One day, while participating in a panel on nontraditional jobs for women, I met a telephone executive who claimed that women would never work as repairmen or as linemen because they didn’t want to muss their hair or break a nail. I told him this was ridiculous: With $15 an hour and some mussed hair you could put your kids through college; with $4 an hour and perfect hair, you’d be poor forever.

Three weeks later I got a call from Pacific Bell asking me to come in for an interview, and then I got offered a job as a foreman. I loved politics, and part of me wanted to run back to DC. But I was married, and my life was in LA. I took the job.

I got promoted pretty quickly, but no matter what I was doing, people would be surprised to see me. I’d walk up to a door and knock, and a kid would say, “The telephone man is here, and it’s a girl!” In emergencies, I’d get a call at 1:30 a.m., get my book, and go down the list of crew leaders to call. If their wives answered the phone they would hang up on me, not believing my post at the phone company could be occupied by a woman.

As I moved up the ladder, I got trained in finance, labor, and management, and eventually I decided I wanted to own my own business. Since the only thing I knew how to do was cook chili, I opened the Chili Stop, a takeout restaurant on La Cienega Boulevard between Beverly and Melrose, in 1980.

A couple of years later, I teamed up with a group of investors to buy an abandoned firehouse downtown at Figueroa Street and Wilshire Boulevard, with the goal of opening a restaurant there. At that time, downtown was boarded-up buildings and parking lots, but we thought a renaissance was on the way, and we turned out to be right—much, much later.

This effort wound up being an education in municipal governance. I needed permits, but all I got from LA was obstruction. Everywhere I turned, the answer to my questions was, “No, you can’t do that.” Here I was, trying to create jobs and pay taxes in the middle of a recession, but I couldn’t even open the building! The Downtown News ran an article on me, and I vented all my complaints. Why was the no-can-do attitude so prevalent in the city bureaucracy?

My frustration with Los Angeles ultimately brought me back into public life. While I was running my restaurant, I had given fundraisers and been appointed for stints on the Community Redevelopment Agency and the Cultural Affairs Commission. But then, seemingly out of nowhere, in 1990, I got a phone call from the mayor.

“This is Tom,” he said. “Tom Bradley. Are you free to come talk to me about a position?”

I had met Bradley and worked on his campaigns, but I didn’t know him on a first-name basis. When he asked if I wanted to become a deputy mayor, I thought it was a joke. But Bradley felt I could help streamline the city permitting process for new small businesses. I signed on.

In 1992, the LA riots broke out, and Mayor Bradley, after 20 years in office, decided not to run for a fifth term. The field was wide open, and a lot of people I’d worked with— women’s groups, Latinos, friends, some politicians who were already in office—started asking me if I planned to join the race.

I’d never seriously thought about it. I had never run for public office; the deadline for declaring candidacy was imminent; and I had no campaign organization and no campaign funds. But I also thought I’d be a good mayor. So at the end of 1992, right before the deadline, I jumped in.

Did I mention raise more money? Like it or not, a candidate who does not have personal wealth to fund her or his candidacy must spend more time dialing for dollars than on any other campaign endeavor. Money equals credibility.

I also got to see more sides of the city than ever before. One minute, my staff would have me meeting Sherry Lansing at Paramount. The next, I’d be walking around the neighborhood near USC—where I helped a woman pick up bullets in her front yard—and speaking at the Pico Union Boys & Girls Club.

A little girl there told me she wanted to live in Beverly Hills when she grew up. “Where I live we hear gunshots every night,” she explained. “And I know that in Beverly Hills it’s only sometimes.”

Because I was a “first,” I got a lot of encouragement and support—financial and volunteer—from women. The political action committee Emily’s List supported my candidacy, as did Congresswoman Lucille Roybal-Allard and then-State Assemblyman Louis Caldera. Women from different parts of the country sent me donations.

Having a woman among 10 male candidates made for good visuals on local television news. One of my few TV ads—I didn’t have money for many of them—got a lot of traction. In it, I wore black high heels and a red jacket (neither of which I’d normally wear) and strolled among six-foot-tall cutouts of my male competitors wearing the same gray suit. Every time the ad ran, my poll numbers went up.

Still, for all the attention I got for being a woman and a Latina, it was also a year after the civil unrest that left 55 people dead, over 2,000 injured, and more than 1,000 buildings damaged or destroyed.

Racial tensions ran high. The Los Angeles Police Department leadership was in turmoil. People felt vulnerable. Richard Riordan’s campaign slogan, “Tough Enough to Turn LA Around,” was calculated to tap into that anxiety, and it was almost impossible for a female candidate to compete on that dimension. My campaign wound up raising nearly $800,000, a respectable haul for three months, but Riordan, who won, raised $4.6 million ($3 million of which were his own funds), and L.A. was ready for his message.

In the past 10 years, women have been elected to more and more offices locally and nationally.

Leaders like Hillary Clinton, Nancy Pelosi, and Dianne Feinstein have dispelled doubts about whether women can be tough. Cities like Houston, San Diego, and Dallas have all elected women mayors. As with ethnicity, gender simply matters less to voters than it once did.

I’ve heard friends say it would be great for LA to have a woman mayor, and I agree. But Jan Perry and Wendy Greuel, the two leading female candidates, have had to work just as hard as any male candidate to win the support of female voters. If they win, it will be as candidates, not as women.

And that’s a very good thing.

(Linda Griego, president of Griego Enterprises, Inc., is an entrepreneur, civic leader, and former deputy mayor of Los Angeles. This piece was posted first at ZocaloPublicSquare.org … committed to connecting people and ideas. The “Connecting Los Angeles” series is supported by a grant from the California Community Foundation.)