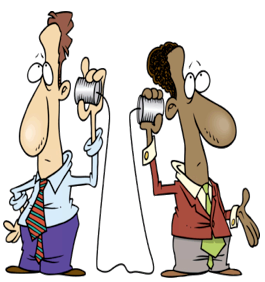 GETTING THERE FROM HERE - One of the primary reasons I strongly support Mike Bonin for the next CD11 Councilmember is because of his familiarity with the complex issues surrounding transportation and planning for the Expo Line, for getting a MetroRail connection to LAX, and for creating a Westside Transportation/Land Use Plan.

Unfortunately, those who plan the design, funding and construction of major transportation projects (the 405 freeway widening, the Expo Line, etc.) are often a very different group of individuals than those who plan the land use adjacent to these projects.

Which leads to an equally-unfortunate outcome:  modern-day land use planners, particularly those who enshroud themselves with a “New Urbanism” philosophy (which is almost theologic in its fervency), are increasingly creating problems through overdensification faster than transportation planners can solve them.

Transportation planners, by and large, tend to be pragmatic, left-brained and apolitical.  Land use planners used to be of that genre, but over the last two decades have become increasingly dominated by wishful thinkers and developer-enabling individuals compared to the more objective intentions of their transportation counterparts.

The Expo Line is the latest example of a major transportation project that was planned, lobbied and funded by grassroots and transportation planners in order to catch up, or allow a new alternative, to worsening car traffic (in this case, the I-10 freeway)…but which is being undermined by overzealous land use planners.

In particular, the greatest threats from overdensification exist at the future Expo Line stations at Exposition/Sepulveda, Bundy/Olympic and Bergamot Station.

Friends4Expo Transit and Metro planners worked together to delineate this new light rail line, which closely parallels the I-10 freeway and—despite its being classified as a MetroRail route—therefore has features of a Commuter Rail line and is as close to a Metrolink extension (SoCal’s version of Commuter Rail) as the Westside will ever get.

Commuter Rail as in park-and-ride with the greater-than-normal focus of linking between automobile and train commuting, and on traveling farther distances than most light rail commutes—and hence the concept of the Expo Line as an alternative to the car (instead of just a faster alternative to a bus) to Downtown.

The first phase of the Expo Line had its problems, —such as underperforming contractors and cost overruns, and legal obstacles posed by entities who either wanted to kill the line altogether, or who refused (and still refuse!) to consider rail bridges as the cost-effective alternative to tunneling at major street intersections.

But the problems have been overcome, with the infamous “frog” at the Expo/Blue Line junction repaired with minimal inconvenience to riders and to the satisfaction of the California Public Utilities Commission.  The Culver City station parking lot is being paved for the benefit of a ridership that is already well above projections.

Furthermore, Sepulveda Blvd., Centinela Blvd. and other major rail bridges will be constructed rapidly over the course of the next year, and with utility relocations being expedited, thanks to a new group of contractors for Phase 2 of the line that are as cost-effective and innovative as anyone could hope for.

But the greatest threat to the Expo Line—and to creating taxpayer support for a light rail system to serve the Westside—are enabling LA City and other planners who do not limit-set with developers who are more interested in profits than creating appropriate transit-oriented developments.

The most aggressive and problematic developers are, as I’ve opined at length, the Casden developers who are building a car-oriented, and not a transit-oriented, project at Exposition/Sepulveda which is an excellent location (and zoned!) for a commercial/industrial jobs center, but a poor location for a megadense housing project.

The future Exposition/Sepulveda station is virtually under the 405 freeway, and the City of Los Angeles will incur significant liability for the health consequences of children and seniors breathing freeway fumes and debris.  Furthermore, the size of the Casden Sepulveda project is such that its projected traffic will significantly obstruct commuters from accessing the Expo Line at that station.

Yet the LA City Planning Commission meets on this project this Thursday, 2/28/2013 at 8:30 am at the Valley City Hall because there is no Westside City Hall, and impacted Westsiders and other rail/planning advocates will have to give up part or all of a day of work to attend.

This same LA City Planning Commission has opted to approve a new, altered project that the Casden Sepulveda developers proposed, but without allowing the public to view this new project—and despite its acknowledgement that it will have significant traffic and other negative impacts compared to a project built to zoning code.

The same Casden developers have donated $50,000 towards the ill-advised and poorly-timed Proposition A Citywide half-cent sales tax measure, and have tried to do a lobbying/fiscal end-run against Westside Councilmembers Bill Rosendahl and Paul Koretz (both of whom vigorously oppose the current Casden Sepulveda project).

But taxpayers can fight back, and Expo Line advocates and neighborhood advocates can fight back for densification that is appropriate and environmentally-sustainable.  CD11 Councilmember-candidate Mike Bonin (currently Rosendahl’s chief of staff) favors (as does Koretz) a New Media jobs center at Exposition/Sepulveda.

As with a Westside Transportation Center that could be built at Exposition/Sepulveda, a New Media type of complex could provide jobs and be built without having to create contrived new zoning codes at this site.

So the grassroots and pro-light rail politicians must again fight for the Expo Line this Thursday at 8:30 am in the Valley—not for the existence of the Expo Line, but to prevent its despoilment and exploitation by inappropriate and dismissive developers…

…and to prevents despoilment and exploitation of the Expo Line by enabling land use planners obsessed with ideas that transportation planners, knowledgeable politicians such as Mike Bonin, Bill Rosendahl and Paul Koretz, and the taxpayers know to all be patently false.