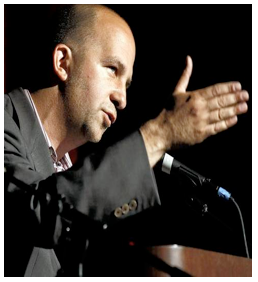 EDUCATION POLITICS - The discourse on public education has been hijacked. Teacher bashing has become sport. The so-called reform movement is saying “throw out the professionals; we (parents, corporate CEOs, etc.) can do a better job.” Many lifelong Democrats, they sound surprisingly like the Tea Party.

The recent injection of millions of dollars into our local school board election by New York Mayor Bloomberg and his pals is cynical, and politics at its worst. Reformers may say they’re just balancing the independent expenditures of labor unions that support the incumbent. But million dollar missiles launched from billionaire silos 3,000 miles away cannot compare to modest support by local labor unions whose members represent school employees and school families.

While UTLA’s intransigence should not be overlooked, the charter lobby has become so aggressive, it is dangerously close to being just the flip side of the problem it blames on UTLA. While it gives lip service to “accountability,” any time state legislation has been proposed that seeks more than a five-year review and renewal, the charter lobby has fought back.

To parents well aware of the status quo that held back their schools, that has an awfully familiar ring to it. It is unfortunate that the one board member who is capable of bridging a divide between those who teach our children and those who run our children’s schools is being targeted for removal. After all, Steve Zimmer’s teacher evaluation system was lauded by the Los Angeles Times as being “landmark”. However, in endorsing his opponent, the editorial board apparently didn't think that was even worth mentioning.

It is no coincidence that District 4 has been targeted by the reformers. As Ground Zero in the charter school debate, District 4 has more charter schools than any area in the LAUSD (and very likely the nation). Zimmer has voted to support almost every one of them, many of which “co-locate” on the same campus as a traditional neighborhood school. He is actively engaged in the complex issues that arise from tensions inherent in such a set-up where one family’s sense of entitlement can clash with another’s right to access.

These situations are commonplace in the extremely diverse District 4 which runs from the West Valley through Hollywood to the west side of Los Angeles. His proposal to actually plan for charter growth, like a city would plan for real estate growth, was reasonable and its defeat only prolongs smoldering tensions for schools and neighborhoods.

No question the charter/reform movement applied pressure to those in a broken system and put LAUSD on notice that everyone expects more from our local schools. But outsiders, from our own Mayor—who keeps inserting himself into what is supposed to be an independent school board, despite his failure to have that role endorsed—to billionaires near and far, who insist that the only way to fix public schools is to scrap the whole system and start over are wrong. Steve Zimmer exemplifies how the system can be changed for the better without dismantling it. There is much work left to do, but traditional LAUSD schools are still outperforming charters.

The corporatizers, threatened by an independent voice, plucked a “soccer mom” opponent in Kate Anderson. A friendly neighbor with political aspirations, Anderson has disappointed many by assailing the incumbent of her own party, one who has broad support by public school families.

As a lobbyist who has dabbled in education, Anderson does not possess the depth of analysis required to do the job, a point The Times did mention in its luke warm endorsement of her. Her tenure on the Mar Vista Community Council education committee was lack luster at best, with the committee failing to meet at all for nearly a year, and operating under a policy in which members did not vote on issues, but only provided a forum for residents to air their concerns. Their frustration in some of the most tense co-location disputes was palpable.

In the school board race, her negative attacks out of the gate, simplistic proclamations, and stratospheric backing by outside interests should raise flags for voters who have bristled at those types of actions in other campaigns across the country. Recognizing them for the Tea Party tactics that they are, Angelenos should look more critically at this candidate.

The system may be broken, but Steve Zimmer is well on his way to fixing it.