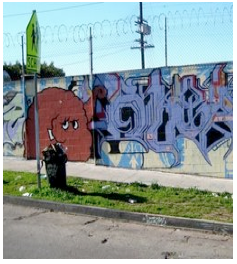 MAILANDER’S LA - Many of LA's overworked, overstressed, tireless voters will likely become sullen on March 6 when they wake up to the election results from the preceding day and learn that they are obliged to turn out again in May to vote for runoffs in nearly every candidate race.

But the residents of Council District 1, the long, Latino-dominated diagonal that stretches from Cypress Park and Glassell Park, down to south Echo Park, Pico-Union and Westlake, have an opportunity to do what most of us can only dream of: resolving their election on March 5, when they will choose between Ed Reyes's chief of staff Jose Gardea and former Assemblyman and State Senator Gil Cedillo.  An underfunded longshot businessman, Jesse Rojas, is also in the race.

The race between local but low profile Gardea and the better known but not especially local Gil Cedillo is a tight one, and because Rojas is a very longshot outsider, the election indeed has a chance to resolve on its first round of balloting.  It's a race that is largely conducted on the streets, door to door, and largely in Spanish--a language that's new to Cedillo, who only learned the tongue in his early forties.

Both candidates have worn out many pairs of shoes, especially as neither one of the candidates is much invested in social media.  Gardea, for instance, has about fiftysome followers on Twitter. Cedillo’s team recently put up an Instagram image of a bad development on Sixth Street and hashtagged it in such a way that indicated the team didn’t really understand hashtags, or Instagram, or, for that matter, Twitter.

But beyond their disinterest in Tweeting and Friending their way to office, both men have some other profound natural liabilities in the race. Cedillo with his extensive Sacramento ties is well-known to be the favorite son of top monied interests--even Chevron has had a stake in his campaign, an odd corporate backer until you consider Cedillo's support of drivers' licenses for otherwise undocumented immigrants.

And while Gardea, who has a background in urban planning like his protégé Reyes, has been working the district for years, he also carries with him an unrepentant, stubborn streak of support of the City's now vanquished Community Redevelopment Agency, to which Reyes and Gardea looked for so much hope when attempting to redevelop the economically challenged, immigrant-majority neighborhoods that dominate the City's poorest Council District.

Gardea's strident support of CRA-styled projects doesn't hurt him with district voters, but it does with moderates and conservatives, and also the kind of media and blogosphere types who saw the agency as bloated and deserving of dismantling.

The LA Times has endorsed Gardea in the race, but Mayor Antonio Villaraigosa endorsed his old Assembly colleague Cedillo.  The Times thinks Gardea "has the vision and the know-how to continue Reyes' sometimes slogging but relentless move toward housing families who were previously packed into overcrowded and outdated buildings, bringing safety to areas once cowering in fear of gang and property crimes, and luring retail establishments to the district to build the local tax base, provide desperately needed employment and serve the residents."

Villaraigosa said of Cedillo, "This is a man who's never forgotten where he comes from."  Which as it happens is Boyle Heights, one of the City's top Latino strongholds but not affording much street cred in Council District 1.

But there's no question about what motivates the two men to run for office.  Gardea is said to feel a sense not only of propriety but even entitlement to serve the district, having worked with Reyes throughout the district for so long.  And Cedillo--well, he needs a job, as his Assembly term expired this year and he was termed out then.

Both Gardea and Cedillo have abundant name recognition in the district now.  But the math can still get funny on election day.  Depending on the strength of the race at the top of the ticket--the Mayor's race--up to 13,000 voters could turn out in CD1 to vote for Gardea, Cedillo, or longshot businessman Jesse Rosas.

In real terms, that means one candidate or the other has to pull up to 6,500 votes to become elected to Council on March 5.  If Rosas pulls 1,000 votes--which would figure to represent nearly eight percent of the total votes cast--one of the two top contenders will have to beat the other by eight percent points in order to avoid a runoff.  An eight point advantage for either candidate seems very unlikely.

And as the Mayor's race does not figure to be as great a draw in Council District 1 as it was in 2005, when the districts' Latinos--over fifty percent of the registered voters--were excited by the prospect of electing Villaraigosa.

So the math can get funnier still, and maybe it's not so likely after all that the voters in CD 1 will be any luckier than the rest of us on March 5, and more likely that they'll be obliged to vote for their Councilman in May--just like so many of the rest of us.