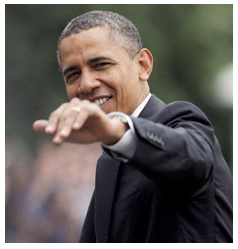 URBAN VOICE - The GOP’s inviolate article of faith is that big government is inherently evil.

The GOP has been stupendously successful through much of the last century in tagging any Democrat that champions increased regulatory powers, higher taxes on corporations and the rich, greater public spending on health, education and job programs, and bolstering entitlement programs as a reckless, tax-and-spend enemy of private enterprise. Franklin Roosevelt was no exception to the maligning.

Often forgotten in the historic lionizing of FDR for standing government on its head to blunt the hard edge of the Great Depression, was that the GOP (with some help from a small but pesky clique of Democratic congressional conservatives, big industrialists and conservative newspaper moguls) fought FDR tooth and nail on every one of his reform proposals from Social Security to tighter industry regulation.

Also forgotten, is that FDR had to tweak, compromise and water down his proposals, even the successful ones, to get passage. His more far-reaching proposal for a national health care plan never got off the ground.

No president, and that includes FDR, has been a harder target of the GOP attack line on government than President Obama.

The vast storehouse of political slurs, snide innuendoes, verbal broadsides and name calling has been heaped on his head. The aim is to permanently tag him as the penultimate example of a Democratic president that would make big government the all-embracing, all encompassing, arbiter of American life, at the expense of the private sector.

During his first term, this withering assault by the GOP forced Obama to bend over backward to conciliate, compromise, water down and even shelve many proposals to expand government protections and benefits to poor and working persons.

The November presidential elections partially changed this. Obama got just enough of a popular mandate to be more daring on Medicare, Medicaid and Social Security, dumping the Bush tax cuts for the wealthy, [proposing] a sharp increase in the minimum wage, and spending even more billions on public and private job growth.

This has brought back the howls of a big government overreach, and dire warnings that this will gut big business. The Roosevelt comparison is in order here.

Following his landslide reelection victory in 1936, he ignored the administration baiters and lurched left. He increased spending on job programs, continued to pound the “economic royalists” for subverting the economy, and attacked auto and steel giants and the superrich “Sixty Families” for doing everything to stymie the recovery.

FDR upped the ante even higher when he appointed Robert Jackson as the aggressive new director of the antitrust division of the Justice Department with a clear mandate to hit hard at the trusts. FDR railed that they were blocking his program and micromanaging the GOP rightwing attacks and takeover.

In a fireside chat, FDR talked bluntly with the American people immediately after the 1938 election and made it clear he would not reverse course and that he’d do everything he could to “create an economic upturn” by keeping the government firmly in the business of creating jobs and economic security for the millions still suffering from the Depression.

2013 is pretty much the same. The GOP retained the House, and its party line is that millions of Americans still loudly clamor for a return to fiscal conservatism, and a sprint backward on expanding government programs in education, housing, and highway and urban infrastructure construction and reconstruction. Polls, of course, show the exact opposite.

The majority of voters want Congress to work with the president on solving the nation’s problems, most importantly that means the economy. The big sticking point, though, is the looming sequester.

This mandates draconian budget cuts in defense and non-defense programs and services. Polls show that the majority of Americans want to avoid the cuts, and the way to do that is to put even more of the tax squeeze on the wealthy. This does not fit into the GOP attack line against big government and Obama.

But there’s too much political risk now in the GOP’s mounting an all-out frontal attack on Obama and his plan for more government spending in vital areas. So the new code word for that is simply to continue to pound on the need for deficit reduction, and fiscal restraint. This has just enough public and administration resonance to appear sensible, moderate and reasonable.

Obama and Democrats have given no sign they’ll bow to the GOP’s end [run] around against government. They have come up with proposals to stave off the hardest and most devastating cuts to everything from Head Start to food nutrition programs, and hundreds of other programs for the poor and working class, [that] the GOP demands.

FDR didn’t panic in the face of the GOP’s [portrait] of him as an architect of evil government. He stayed the course, remained true to his populist faith, turned the tables on his foes, and dared them to move the country forward not backward.

Obama appears willing to do the same. And that means slaying the GOP myth of “evil” big government.