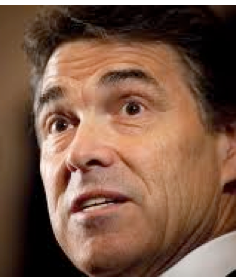 Poor Texas. With its high dropout rate, lack of health insurance coverage and economic disparities, the Lone Star State appears to be desperate, or least its governor is. How else to explain Gov. Rick Perry's unseemly radio ads attempting to lure businesses away from California?

Texas certainly has some attractions for business, and California certainly needs to work harder to create a friendly place to start companies and grow jobs. But California is creating businesses all the time, partly because of our natural assets – great weather and stunning mountains, beaches and deserts – and an excellent although underfunded system of higher education.

If we invest in that system and protect our environment, our state will continue to create companies such as Apple, Google, Hewlett Packard, Oracle, Craigslist, Yelp, Twitter, Sun Microsystems, Genentech, Cisco, Intel and Qualcomm, and the list goes on and on.

Also too: The 850 mile coastline. The tidal shoreline including small bays and inlets is 3427 miles. Plus mountains. And other stuff.

Texas certainly has much to recommend it, not the least of which is some very good people. But it's silly for Perry to diss California. After all, Republicans once ran California. And then they decided to be nasty to Latinos. It didn't work out well for them. There's every reason to believe it won't work out for them well in Texas either.