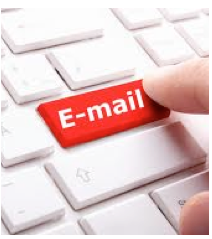 In rapid succession, City Council set aside a Parking User’s Fee Tax and a Transient Occupancy (Hotel) Tax Rate increase, a pushed a One-Half Cent Sales Tax increase, on to the March 5th ballot.  The long-standing neglect of our City’s Sidewalks and Streets was morphed into a $ 3 Billion Municipal Bond proposal.  A new City Department (the Economic Development Department) has been proposed to continue the City’s activities which were formerly supported by the terminated Community Rehabilitation Administration (CRA).

All of these activities were made public, were referred to City Council and two of them were passed.

In each case, the process took 7 – 10 days or less.  The $ 3 Billion Street Repair Bond proposal hit a stone wall;  The LANC Coalition, then the FY2013-2014 NC Budget Advocates and then the Board of Neighborhood Commissioners (BONC) all passed motions pointing to the fact that the Neighborhood Councils had not been properly informed and had not been granted the Charter-protected opportunity to review and respond to this and several other proposals.

(1) increase the communications between the 15 City Council Members and their Districts’
Neighborhood Councils,
(2) increase and refine the use of the Early Notification System (ENS) and
(3) increase the opportunities for NC Representatives to formally present their
views before the City Council and its Committees (“a place at the table”).

In these three proposals and other proposals, the proponents pleaded that they had sent email notices to all of the NCs.  The proponents of the EDD provided the list of 95 NC Presidents, one for all 95 NCs, to whom they had sent emails.  However, the list they used was the outdated and inaccurate DONE’s Leaders List.  Everyone, at least all active NC Stakeholders and DONE, itself, acknowledge that there is a new and better but already deteriorating list which is the result of the recent NC elections.

Finally, you don’t have to be a NC Stakeholder to know that an email is a one-way and an unreliable way to transmit a message.

True outreach only occurs when the person you are trying to “outreach to” reaches back to you.  The recipient may not be available to receive the email, may not accept it, may not want to receive it and, therefore, may not process or respond to it.

For the time being, if someone wants to engage the NCs in an issue there must be direct and human-to-human communication.  We may continue to hear arguments that blanket emails equal “real” outreach for these proposals … but we should not accept those arguments.

We may be able to make this outreach more effective by developing regular and consistent notification and response systems … for instance, better and more regular use of the City’s Early Notification System (ENS).

Until then, we need to continue to keep our lines of direct communication opened and direct and continue to make outreach a personal matter between the principles.