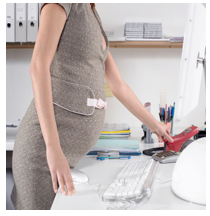 OTHER WORDS - Even before the ink dries on the messy budget deal that staved off the “fiscal cliff,” the next fight — over raising the debt ceiling — is shaping up.

Republicans say they won’t vote to pay the nation’s bills unless offsetting cuts are made, and Social Security is once again in the crosshairs. Raising the retirement age as a way to reduce the deficits is a perennial proposal. It would hurt women most, because they live longer and are more dependent on Social Security than men.

Our nation isn’t alone in this controversy. Three years ago, debate raged in France over raising the retirement age from 60 to 62. Despite the fact that French labor unions organized rolling street strikes that turned out 1-2 million people at a time, the measure passed.

Amid the hullabaloo, some reforms that benefitted women didn’t make the media coverage. For the first time, French Social Security allows the daily stipend a woman receives while on maternity leave  to be counted in pension calculations. That means most French women who take time off to have kids won’t get a big fat zero in their Social Security accounts like their sisters in the United States.

The new pension scheme also adds firepower to existing laws making it illegal to pay men and women unequally. It requires French employers to develop action plans to reduce existing gender pay gaps. If a plan isn’t approved, the employer is liable for fines equal to 1 percent or more of the combined payroll of all its employees.

US women could certainly go for reforms like that. Recognition for caregiving is so far away here it seems like a dream for the 25th century. When we take time off to care for kids or elderly parents (and the overwhelming majority of caregivers are female) we get no credit at all in our Social Security accounts.

And paid maternity leave? Except for the shrinking number of employees lucky enough to work for enlightened companies, forget it. We’re the only rich industrialized country without the legal right to some paid family or maternity leave.

Over a decade ago the National Council of Women’s Organizations proposed a caregiving credit in Social Security. We weren’t suggesting anything spectacular — just starting with something equal to the minimum wage. The idea has never even made a ripple in Congress, never mind the other end of Pennsylvania Avenue, whether the big white house was occupied by a Republican or a Democrat.

And what about the French idea of fining companies that pay women less for the same jobs men are doing? American women can’t even find out what the guys are making. In most companies, you can be fired for discussing pay with co-workers, a situation that will be fixed if the Paycheck Fairness Act — introduced again in the new Congress — ever passes.

Our government seems to find the notion of regularly punishing companies that discriminate an alien concept. US laws let employers sit back and wait to get sued — and then the burden is all on the woman to hire a lawyer, drag through the courts for years, and risk retaliation and firing in the bargain.

“The wages of women are lower than those of men who do the same job,” a government spokesman told Europe 1 radio when France debated its social Security changes. “That is an insult to democracy and our social model.”

Boy, is he right. So as we listen to the endless arguments over cutting our own earned benefits, let’s raise a glass of champagne to the women of France.

They might have to work a couple years more alongside the men, but these women will at least get some recognition that pay discrimination is wrong, and that compensation for caregiving is an idea whose time has come.

(Martha Burk is the director of the Corporate Accountability Project for the National Council of Women's Organizations (NCWO) and the author of the book Your Voice, Your Vote: The Savvy Woman's Guide to Power, Politics, and the Change We Need. Follow Martha on twitter@MarthaBurk. This column provided CityWatch by OtherWords.org)