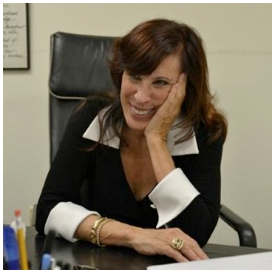 But history tells us that abortions have been performed as long as women have been able to get pregnant, and the U.S. is no exception. What most people don't know is that lawful abortion clinics were in operation before Roe -- in the few locations where the procedure was already legal.

One of those places was New York, and one of those clinics was started by Merle Hoffman, a true pioneer in providing for women's reproductive health. She opened the clinic in 1971, two years before the Supreme Court legalized abortion nationwide.

As abortion rights came under increasing attack in the 1980s in the wake of Roe, Hoffman fought back, keeping the clinic open despite protests and threats, which have never let up. Forty years later, she is still President of Choices Women's Medical Center.  Under her direction Choices has expanded into a one of the nation's largest and most comprehensive women's medical facilities, serving more than 50,000 patients a year.

Hoffman's memoir, Intimate Wars: The Life and Times of the Woman who Brought Abortion from the Back Alley to the Boardroom, documents her work as a pioneer, visionary, and warrior for women. I interviewed her recently for my radio show, Equal Time With Martha Burk.

MB: How did you come to open an abortion clinic? You weren't an activist at the time.

MH: The doctor I worked with was progressive and wanted to provide abortions because he did his residency at Bellevue, and talked about what he called the "midnight express" - women who tried to self-abort and then were brought in after hours to the emergency room. So I wanted to get involved.

MB: In the two and a half years before abortion was legal everywhere, 350,000 women came to New York to get the procedure. Were you completely overwhelmed?

MH: We weren't overwhelmed because we were small. But there were places in Manhattan that were doing 300 cases a day. They would meet the patients at the airport, wearing a little pink lapel pin or some kind of flower and take them to the clinic. The floodgates opened. New York at that time was called the abortion capital of the US.

MB: When did things turn political for you?

MH: I would mark it with the Hyde Amendment cutting off Medicaid funding for poor women for abortion care. It hit me like a thunderbolt, because these were women I was dealing with every day. I saw very clearly there was a class and a racial distinction in the way people reacted.

MH: Yes. I speak and write about abortionomics, which is the construct that women have abortions for economic reasons. If women are poor and they have no money for either family planning or abortion services, they're forced to travel to have later term abortions, or else they're forced into compulsory pregnancy.

MB: States are passing more and more restrictions like forced ultrasound, waiting periods, mandatory counseling, even restrictions on the size of clinic hallways.

MH: It's been a very effective strategy since the 1970s. In the last couple of years there have been over a hundred anti-abortion legislative attempts. The pro-choice movement has not been active enough on this.

MB: It seems like we're coming to a time when abortion will be legal but a woman can't get one.

MH: You're absolutely correct. Abortion will remain legal - probably - but it will be impossible for many women. I see this as the second civil war. There will be free states and slave states.

MB: What have you seen in your years as a provider?

MH: They've killed doctors. I was invaded. I was evicted from two spaces. I've hired armed guards to protect me at some points. I've been living in this war for 40 years. The last few years have been the worst. It's a sort of alternative universe.

MB: Many of the early abortion doctors have aged out of the system, and new providers are not coming in the same numbers. What's the future from a medical standpoint?

MH: There is an organization called Medical Students for Choice. I call them warrior-healers. When I went into it was a world I helped create. They're going into a world that's obviously controversial, dangerous. But they want to commit to reproductive freedom. So I have a lot of optimism.

(Martha Burk is the director of the Corporate Accountability Project for the National Council of Women’s Organizations (NCWO) and the author of the book Your Voice, Your Vote: The Savvy Woman’s Guide to Power, Politics, and the Change We Need.  Follow Martha on twitter @MarthaBurk.)