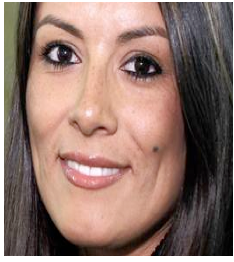 MAILANDER’S LA - There is probably a peace to this--Andrea Alarcon resigning her post as Public Works Commission President. I admit I was likely first to call for Andrea Alarcon's resignation, even in November.  But now that it has come, I want to be among the first to honor her for her service as well. (See the Times report)

I never thought that any substantive charges made against her would be appropriate, not at least against the minimal facts of either incident as they have been laid out. My feeling now is that the woman should be honored for making an honorable decision, for navigating a very true path, and thanked by all for her service.

We all know that it is inordinately stressful, this damn City. Especially when you have to deal with the very big kinds of numbers that funnel through it day by day.

There's no question that Ms. Alarcon will be a tremendous asset to her next organization.  There is also no question that she is extremely talented and will be a great force for making the city a better place.
(Joseph Mailander is a writer, an LA observer and a contributor to CityWatch. He is also the author of New World Triptych and The Plasma of Terror. Mailander blogs at www.josephmailander.com.)