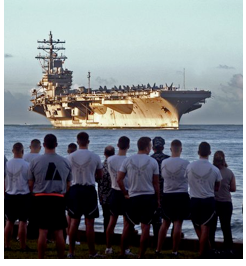 CERDAFIED - When I lived in Utah during the 70’s, the US government conducted more than 1,000 nuclear weapons tests, at a Nevada test site. It was so frequent that people began to consider it a safe activity and was lulled into a false sense of security. They sold T-shirts, watched it on TV and flocked to view them from a distance to celebrate American ingenuity.

Our servicemen were test dummies for nuclear testing. Hunkered down in trenches that increasingly neared the bomb site with each test, our men were put in harms way. I never accepted the notion that naiveté was an excuse for this abuse of power or mankind.  Ignorance of the risks means you must be more vigilant to seek the truth and more reluctant to accept speculation. Why were we so trusting of the government? It was the real evidence of our own stupidity. A condition we have yet to abandon.

More than any other state in the nation, Utah paid the high price of nuclear testing. Cancer rates were high, and no one was connecting the dots. At least not as far telling the cancer victims how they contracted it. The government surely kept its statistics as prized possessions and ill gotten gains. But the government never made amends to the American people. But then how could they? It was egregious beyond all understanding.

The National Academy of the Sciences reports that there's no technical or military rationale for resumed nuclear weapons testing. Certainly all the lessons learned from this betrayal of Americans should be shared instead of replicated. China, Russia, Iran and Pakistan would like to resume nuclear testing. Utah supports the Test Ban Treaty and knows all too well the consequences of nuclear testing.

During the Gulf War, our soldiers were plagued with the Gulf War Syndrome. The government has denied any connection from the illnesses to the war. The soldiers however beg to differ. They have traced their illnesses to a variety of causes that include experimental vaccines, exposure to depleted uranium (DU), oil fires, biological and chemical weapons, and other environmental contaminants.

There was an increase in birth defects in children born to Gulf War Veterans, according to Birth Defect Research for Children. The Florida based Association keeps track of babies born with missing limbs, chronic infections, failure to thrive, cancer, heart problems, and immunity defects. They have identified specifically an occurrence of Goldenhar Syndrome in a disproportionate amount of Gulf veterans’ offspring. Why? How was this war different to prior wars?

Gulf War troops were immunized by experimental vaccines.  They became government guinea pigs, unbeknownst to them.   They were given anthrax and botulinum which were not approved for use by the FDA and have been proven to cause potentially dangerous side effects. Soldiers have reportedly suffered from a variety of neurological problems including aberrant bleeding from all parts of their body.

This is the back drop for a new lawsuit filed in Federal Court in San Diego by eight US Navy sailors from the USS Ronald Reagan. In the spring of 2011, the Navy men participated in “Operation Tomadachi,” It was a relief and rescue effort near Japan's coast, only days after the earthquake and tsunami.

The lawsuit contends that the Japanese government lied about the health risks by down playing the Fukushima nuclear disaster. The severity of the meltdown was allegedly known by state-owned Tokyo Electric Power Co (TEPCO). A level 7 meltdown at three reactors in the Fukushima Nuclear Power Plant was misrepresented as well as the radiation levels. This lulled the US Navy "into a false sense of security” according to the lawsuit.

The question may be asked, who is more culpable, Japan or the US? As the world’s largest nuclear energy producer, how can we feign ignorance as to the consequence or sending our servicemen into harms way, and furthermore how can the US government feign outrage when they used their men as guinea pigs? Why wouldn’t our government test radiation levels themselves in an attempt to protect the Navy men? Are we so naïve that we wouldn’t expect our government to be a repeat offender?

Japan mishandled the Fukushima disaster, but the US government also appears to be duplicitous in mishandling the ongoing disaster. According to Arnie Gundersen, the former nuclear industry senior vice president who earned his Master’s Degree in nuclear engineering, a nuclear safety patent holder, and a licensed reactor operator, "Hillary Clinton signed a pact with Japan that she agreed there is no problem with Japanese food supply and we will continue to buy them so we are not sampling food coming in from Japan."

The plaintiffs are asking for $10 million in compensatory damages, plus another $30 million in punitive damages for fraud, negligence, strict liability, failure to warn, public and private nuisance and defective design and to establish a $100 million fund to pay for future medical expenses that might accrue from their relief effort, according to Courthouse News Service.

Gundersen is fighting the cover up of Fukushima’s radiation and its impact on Americans by calling on citizens with Geiger counters to send samples to him for independent research. He advised people who are taking samples to note the location, date and the time, the sample was taken. Wrap the sample in a triple layer of foil, and mail it to Fairwinds.