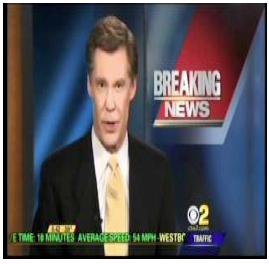 THE NEWS: UPON FURTHER REVIEW -- News Item:  The Los Angeles Times published a story and editorial about the “factual basis” controversy.  That’s when a neighborhood council allows any person to vote in its election who simply declares themself a stakeholder.  Councilman Jose Huizar proposed that only two board seats be allowed to be elected this way.
Comment:  There are a couple of concerns here.  First, the starting point needs to be a clear definition of the problem.  That hasn’t been done, and there are facts about the elections in Eagle Rock and Rampart Village that haven’t been heard.

Second, and most important, the City Charter guarantees that each neighborhood council be allowed to determine how it chooses its leaders.  It would be a stake to the heart of the neighborhood empowerment system if city hall were to begin imposing these kinds of “one size fits all” rules upon neighborhood councils.
News Item:  In 2010, Toronto Mayor-Elect Rob Ford agreed to an interview with a national radio program, but when the reporter called at the scheduled time, Ford was busy coaching a youth football game. Disaster ensued.
Comment:  This article recounts that incident, and provides tips to public officials and neighborhood council leaders on how to conduct effective telephone interviews.  Click here.
News Item:  Mayor Antonio Villaraigosa convinced the City Council to invite bids from private contractors who would like to operate the Convention Center.  Some opponents of the idea are calling for the new mayor, whoever it may be, to fire the City Administrative Officer who wrote reports in support of the idea.
Comment:  And therein lays the reason why so many public officials are wimps.  Everything should be on the table all the time.  But elected officials, especially, are loathe to propose solutions to tough problems for fear of angering anyone.  We should be constantly kicking the tires.  Going out to bid doesn’t mean that a contract has to be awarded.  And there should be a system that allows the city employee groups to also submit a bid.
News Item:  The County Assessor has been accused of corruption by lowering the assessed value commercial property owned by campaign contributors.  In part, investigators blame a lack of transparency in the way the office operates.
Comment:  The District Attorney had the same concern the day he ordered the arrest of officials in the city of Bell.  He said that better public scrutiny might have prevented the corruption.  But it isn’t fair to force the public to fight through all the walls that governments build around themselves to make public accountability nearly impossible.  Neighborhood councils could begin an effort to demand that city government, for openers, begin making it easier for the public to know what it’s doing.  There is no reason why it takes a legal action to find out who City Council members are giving their discretionary taxpayer funds to.  It should be on the Internet.
News Item:  Some neighborhood councils are having trouble finding good locations for polling places that don’t cost them money.
Comment:  There are only so many public buildings available, so neighborhood councils should consider finding business owners who would offset the inconvenience with increased exposure to new customers.  Examples:  pizza parlors, car dealers, auto repair shops, hot dog stands, coffee shops, gyms, hotels, real estate offices, sandwich shops, and pilates studios.
(Greg Nelson is a former general manager of the Department of Neighborhood Empowerment, was instrumental in the creation of the LA Neighborhood Council System, served as chief of staff for former LA City Councilman Joel Wachs …  and occasionally writes for CityWatch. He can be reached at [email protected])
-cw
CityWatch
Vol 11 Issue 2
Pub: Jan 4, 2013