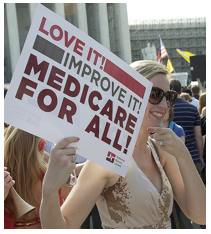 HEALTHCARE POLITICS - To quote House Speaker John Boehner after the November 2012 presidential elections, “ObamaCare is the law of the land.”