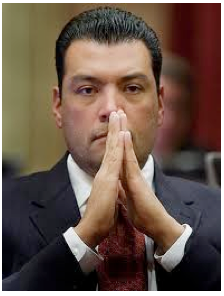 RON KAYE ON LA - Forgotten in the uproar over the latest lousy twist in the in the L.A. Children’s Museum tragedy is how it came to be built at Hansen Dam in the farthest north corner of the city instead of at the North Hollywood subway station where it would have been easily accessible to all.
That was the plan that Metropolitan Transportation Authority chief Roger Snoble envisioned more than a decade ago when he lined up support to bring it to reality.

But then his plan got derailed by then City Council President Alex Padilla, now a state senator preparing to run for statewide office, who used his clout to bring the museum to his own North Valley district without regard to the obvious problem: It would take all day for students in much of the city to get to such a remote location and they’d need to get there by car and chartered bus.
How Padilla pulled off this idiocy tells you a lot about why the city – and the state for that matter – is such a mess.
Valley leaders kept their silence, happy to actually have a museum in their community, finally.
Mayor James Hahn was invisible as always and so in October 2003 every single City Council member stood up and saluted Padilla’s absurd plan to use the bond issue for parks to build the Hansen Dam museum with “80,000 square feet of interior space, 300 parking spaces, facilities for bus parking … the proposed location is not a densely populated area allowing for easy freeway access from all areas of the City.”
Those who supported the plan included then Councilman Antonio Villaraigosa, who went on to become mayor and oversee construction of a $40 million white elephant that sits unused and deteriorating, fenced off from public access.
Also aboard this waste of public money were Councilmembers Eric Garcetti, Wendy Greuel and Jan Perry – all them wanting to be mayor, all of them cheerfully supporting indicted perjurer Richard Alarcon’s new plan to loot $8 million in ratepayer money from the Department of Water and Power and taxpayer money from the Sanitation Department — money that was supposed to go to hire cops when they tripled the trash fee.
The champion of two-faced politics, wannabe City Controller Dennis Zine has belatedly found the god of fiscal responsibility now that he wants his hands directly on the city’s purse strings.
Zine, joined by his understudy Mitch Englander, last week voted against the $8 million temporary bailout of the museum, saying afterward: “It reminds me of a bad project that goes bad… and keeps going bad… and you keep trying to save it.”
What a joke!
Zine like his colleagues voted unanimously for what was a bad idea nearly a decade ago and kept voting to keep it alive over and over to fund construction, approve of the lease, provide loans and revise the terms of the deal.
The museum never stood a chance of raising the millions in private money that was needed to build exhibits and maintain the museum.
Why would wealthy donors and foundations give vast sums of money for a project that they didn’t believe could ever be successful?
They didn’t and it flopped – a monumental symbol of so much that our city officials have done wrong over the years and continue to do wrong even as the public loses all faith in them and insolvency looms despite massive increases in rates and fees and a ballot measure to raise the sales tax on the March ballot.
Maybe they should go back to the drawing boards on where and how to build a Children’s Museum and turn this useless structure at Hansen Dam into a mausoleum for all of City Hall’s bad ideas and put plaques of dishonor on it shaming Padilla, Villaraigosa, Garcetti, Greuel, Perry, Zine and all the rest who went along on this ride to the farthest reaches of the vast and sprawling city.
They could call it the Museum of Public Accountability.
(Ron Kaye is the former editor of the Daily News and founder of the Saving LA Project, SLAP. Contact at Ron@RonKayeLA.com.  This piece was posted first at RonKayeLA.com)
-cw
CityWatch
Vol 10 Issue 102
Pub: Dec 21, 2012