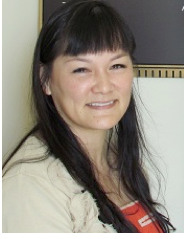 The job would require Liu to supervise the operations, elections and finances of 95 neighborhood councils in Los Angeles.
She has been serving as interim general manager of what is also known as the Department of Neighborhood Empowerment since the departure of BongHwan Kim, who took a job in San Diego last summer.
The announcement was made by Stephen Box, DONE's acting senior project coordinator, to thunderous applause at Thursday's Valley Alliance of Neighborhood Councils meeting at Sherman Oaks Hospital.
Liu, of North Hollywood, had been backed for the post by the Alliance, which is made up of 34 Neighborhood Councils in the Valley. The Alliance is the largest organization of Neighborhood Councils in Los Angeles.
The appointment to the job, which paid Kim $143,466, needs to be approved by City Council.
Liu, who was present at the board meeting of the newly constituted Eagle Rock Neighborhood Council last month, holds a Juris Doctor degree from Loyola Law School and a Bachelor of Arts from UC Santa Cruz. She had worked as the Senior Project Coordinator for DONE since November 2007.
Prior to her work for DONE, Liu served as co-chair of the Asian and Pacific Islander Domestic Violence Task Force and community program director for the Center for the Pacific Asian Family. She began her career as a lawyer, eventually beginning her own practice in 1998.
Outside of work, she keeps busy horseback riding, banjo picking and karaokeing.
(Saul Daniels is the editor of Northridge/Chatsworth Patch. This report was posted first at Chatsworth.Patch.com and EagleRock.Patch.com)
-cw
CityWatch
Vol 10 Issue 101
Pub: Dec 18, 2012