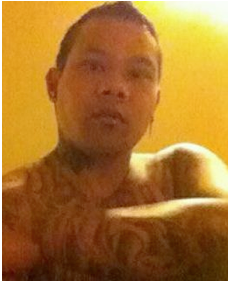 RUSS REPORT - In response to the quadruple homicide at an unlicensed boarding house in Northridge, CA earlier this month, Los Angeles City Councilmember, Mitch Englander, introduced a Resolution on Friday that calls for amendments to the California “Public Safety Realignment” law (AB 109).
“The alleged killer of four people in our community had a long criminal history, including violent crimes, and the fact that he was out on the street and not behind bars underscores the dangers posed by realignment,” said Englander, who is Chair of the Public Safety Committee and represents Northridge. “The Realignment laws must be amended to protect our community from violent crime.”

On December 2, Ka Pasasouk and three others were arrested in connection with the brutal slayings of four people in Northridge- Amanda Ghossein of Monterey Park, Jennifer Kim of Montebello, Robert Calabia of Los Angeles and Teofilo Navales of Castaic.
Pasasouk's commitment offense was for Vehicle Theft /with prior convictions (P666.5)- a low-level, non-violent criminal offense, and Robbery 2nd (P212.5(C))- a violent criminal offense and vehicle theft (V10851(A))  also a low-level, non-violent criminal offense. Yet Pasasouk, when released from State Prison in January 2012, was misclassified as a low-level non -violent criminal offender and assigned to AB 109 Community Supervision under the Los Angeles County Probation Department.
In September 2012, Pasasouk was arrested for Possession of Methamphetamines and was sentenced to a drug diversion program. Pasasouk had been avoiding contact with his Los Angeles County Probation officer and the probation department was in the process of obtaining an arrest warrant- that sometimes, can take up to four weeks to obtain.
Just three weeks ago, in yet another case, Jose Luis Saenz was arrested in Guadalajara, Mexico for allegedly killing four people. Saenz was classified as a “low level, non-violent offender” because his controlling offense fourteen years prior was “possession of a controlled substance.”
Saenz absconded and allegedly killed four people while his Arrest Warrant was discharged by request of Administrators in Region 3 Parole in August 2012 pursuant to AB 109.
In Sept 2012, Michael Crockell, who has a history of domestic violence and an arrest for attempted assault with a deadly weapon, stabbed Lisa Gilvary 47 times, killing her. Gilvary’s friend, Jennifer Gonzalez was stabbed 15 times. Fresno Police Officer Jonathan Linzey, who responded to the 911 call, was stabbed three times. Because of AB 109, Crockell spent 6 months in prison instead of the three-year term he was sentenced to last October.
This is but a tiny sampling of the fatal blunders under AB 109- statewide. The real intent of the law was never  “public safety” it was just a pretext of saving money.
Retired parole agent, Caroline Aguirre, points to several recent high profile cases who, she says, would have ALL been released under AB 109 because an offender’s “non-controlling offenses” are NOT considered under AB 109. AB109 mandates that only the criminal’s most recent crime, or controlling offense, be used to decide how big a threat to public safety they are.
Aguirre noted, “Hard core gang member parolee, Kevin Dwayne Green, was arrested on June 8, 2012 for the killing of a Youth Pastor, Oscar Duncan, in Venice. Green was on parole for ex-felon possession of a firearm and possession of a concealed firearm- both low-level, non -violent criminal offenses. Green was on GPS monitoring and his agent was lax in parole supervision. Green remains in custody pending trial.”
AB109 was written, to presumptively, meet the US Supreme Court Order to reduce the prison population of California’s thirty-three (33) prisons from 200% to 137.5%.
However, the Supreme Court NEVER mandated that “felons” be released from prison, but rather as Justice Anthony Kennedy wrote, “"The State may employ measures, including good-time credits and diversion of low-risk offenders and technical parole violators to community-based programs, that will mitigate the order's impact."
Somehow, that decision was lost to legislators as they drafted what was to become a menacing law to society at large.
Since October 2011 when AB 109 became effective, the LA Times reported (Nov.30, 2012) 11,136 offenders were released from state prison to Los Angeles County probation. Of those who reported to probation for assessment, 59% were classed as high risk, 40% as medium risk and only 1% as low risk. Offenders who failed to report to probation for assessment served little to no time in jail.
Advocates For Public Safety (APS) reports, “Most inmates in our state prisons have 6 + prior felony convictions in their criminal history and 40% have already failed the probation supervision model that AB109 now releases them to.”
Public Safety Advocates/ Law Enforcement Officials have long since remarked that no person with multiple felony convictions should ever be referred to as a “low-risk, non- violent offender.”
Over the past year since its implementation, hundreds of news articles have littered the Internet, print media and television about crimes committed by “low level non violent” offenders. Law Enforcement have levied many complaints and been very vocal about the failings of AB 109.
Governor Jerry Brown has turned a “blind- eye” to the dangers reported and, to date, his cronies have offered no amendments to AB 109 to close loopholes that continue to allow violent criminals back on the streets endangering communities across the State.
A non- binding resolution adopted by LA City Council only pays lip service to a seriously dangerous problem and does nothing to prevent further innocents from dying needlessly.
The blood of many innocent victims falls directly on the “hands” of AB 109 and its architects. It is incumbent on them to fix the frailties of the law and the public should demand they do so.
(Katharine Russ is an investigative reporter. She is a regular contributor to CityWatch and to the North Valley Reporter. Katharine Russ can be reached at:   [email protected] ) –cw
CityWatch
Vol 10 Issue 99
Pub: Dec 11, 2012