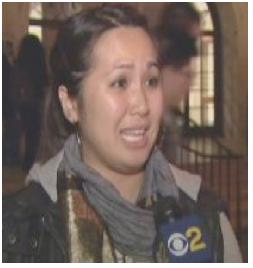 HATE SPEECH - There is plenty that’s horrible about a racist, sexist act of vandalism at the University of California, Los Angeles. But along with the crime itself, there’s yet another depressing aspect to the story: the way it’s been reported.
On Wednesday, students discovered a handwritten sign on a bathroom stall door in the school’s Powell Library that read, “Asian Women are White-Boy Worshipping Sluts.” It was the second such incident in as many days.
On Tuesday, a sign saying “asian women R Honkie white-boy worshipping Whores” was tacked to a Vietnamese Student Union sign on the campus’s Kerckhoff Hall.

It’s not the first time UCLA has battled racism, either. Last year, shortly after the Tohoku earthquake and tsunami, then-student Alexandra Wallace gained YouTube infamy after posting a three-minute diatribe about the “hordes” of Asians in the school library, “going through their whole families just checking on everybody from the tsunami thing,” adding, “I’ll be typing away furiously, blah blah blah, and then all of the sudden, when I’m about to, like, reach an epiphany, over here from somewhere, ‘OHH Ching chong ling long ting tong? OHH.’” (Wallace left the school soon after the clip went viral, saying she’d received death threats.)  (Read the rest … including how UCLA’s Daily Bruin handled their coverage … here.)
(Mary Elizabeth Williams is a staff writer for Salon.com … where this article was first posted … and the author of "Gimme Shelter: My Three Years Searching for the American Dream."  Follow her on Twitter: @embeedub. More Mary Elizabeth Williams.)
-cw
CityWatch
Vol 10 Issue 97
Pub: Dec 4, 2012