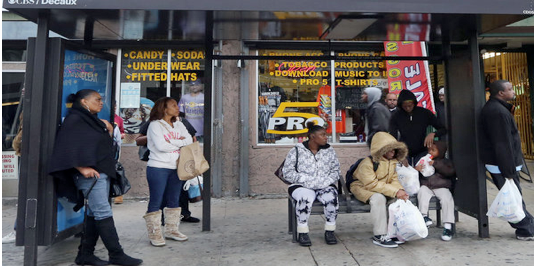 NYT - The story of major transit projects in the 20th century here was the story of black neighborhoods carved into pieces. One freeway after another forced families from their homes in South Los Angeles, the core of the region’s black community. Walls of concrete were erected through their neighborhoods, which they said cut them off from wealthier parts of the city.
The Crenshaw rail line was supposed to be different. The line, a crucial link in a planned rail network that will span Los Angeles County, promised to right that historical wrong by connecting South Los Angeles to the city’s business hubs: downtown, the airport and Hollywood.

Instead, the Crenshaw line threatens to become yet another insult to South Los Angeles and a burden for businesses, some residents and community activists have said.
The Leimert Park neighborhood, the heart of black culture here, may be left without a stop on the rail line, a victim of limited money. And the train will run at street level through part of the area, which business owners fear will cut them off from their customers during years of construction.
The prospect that the train will bypass the neighborhood has stoked distrust among South Los Angeles residents who feel that they are being shortchanged as power brokers try to save money for other projects in wealthier parts of the city.  (The rest of Ian Lovett’s NYT piece … including Tavis Smiley’s comments … here)
-cw
CityWatch
Vol 10 Issue 96
Pub: Nov 27, 2012