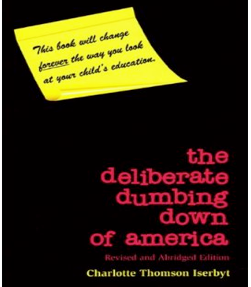 CERDAFIED - Parents are in for a shock if they happen to help their children with their history lessons. If you’re expecting a factual and unbiased viewpoint of history, one that spurs debate and critical thinking, you’re not going to find it in many of the current high school student text books.  The dumbing down of America is all but achieved and evident.