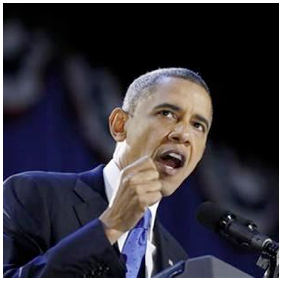 THE VIEW FROM HERE - President Obama declared in his victory address on election night, “Democracy in a nation of 300 million can be noisy and messy and complicated . . . We want our children to live in an America that isn’t burdened by debt, that isn’t weakened by inequality, that isn’t threatened by the destructive power of a warming planet.” Those were powerful words. But they must be followed with action.
When he thanked his campaign workers, the former community organizer spoke emotionally from the heart. He ran an incredible grassroots campaign, which must now be turned into a movement to work with Occupy and other progressive groups to effect real change.