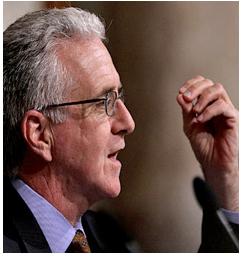 PERSPECTIVE - Hollywood screenwriters routinely create composite characters for historical dramas.
They have to in order to tell a story within the limited time allotted to a film.
However, there is always a disclosure to that effect in the credits.

CD2 Councilman Paul Krekorian likes the writing technique so much, he used it in an article he submitted for publication in the Studio City and North Hollywood Patch.com sites.
The only thing missing was disclosure.  How silly.
Most local bloggers I’m familiar with would disclose that piece of information.  All journalists would, at least the ones who want to keep their jobs.
The Los Angeles Daily News blew the whistle on Krekorian’s license to spin.
The subject of the article was a position he took on digital signs, one which was criticized by the Los Angeles Times. The subject matters little – it’s the disingenuous approach he used to advance the cause of special interests.
Krekorian spokesman Jeremy Oberstein did not exactly help his boss with a weak attempt to explain that the “letter” was a composite of the e-mails the office had received, only to backtrack and admit there were no e-mails, only phone calls.  Mr. Oberstein is in charge of communications for the CD2 councilman.
Mr. Krekorian issued an apology in a letter to the editor published in the Daily News on Tuesday. His column in the Patch has now been relegated to blog status.
(Paul Hatfield is a CPA and serves as Treasurer for the Neighborhood Council Valley Village.  He blogs at Village to Village, contributes to CityWatch and can be reached at:   phinnoho@aol.com) –cw
CityWatch
Vol 10 Issue 92
Pub: Nov 16, 2012