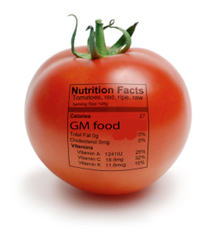 PAUL’S POINT - I need to start by saying that I strongly believe that clear, unambiguous
labeling of genetically modified food is extremely important, and that consumers should have this information readily available to them when making their purchasing decisions. My decision to vote “No,” however, was based on my conclusion that Prop 37 was not an effective vehicle for achieving this goal, and would actually have cause more harm than good.

In short, my decision hinged on whether or not Prop 37 would do what its proponents said it would do. My research indicated that it wouldn’t --- as was the case for Prop 65 back in 1986, the misdirected impact of which can be seen whenever entering a supermarket, pharmacy, gas station, hardware
store, or Disneyland (yes, Disneyland --- which according to Prop 65, is not the “HAPPIEST” place on earth, but rather, the “MOST TOXIC” place on earth).
When California voters were presented with Prop 65, it was the safe drinking water initiative. The question posed to the voters being, “Do you want less toxic substances in your drinking water and California’s rivers and streams?” To which the state’s voters said, “Yes!!!!!”
I agree 100% (although I voted “No”). I too want “Less toxic substances in my drinking water and California’s rivers and streams.” But . . .
After we passed Prop 65, because we wanted “Less toxic substances in my drinking water and California’s rivers and streams,” what did we get? Did we get “Less toxic substances in my drinking water and California’s rivers and streams”?
Nope.
What we got instead was lots of businesses being confused, lots of lawyers making money, a few products being reformulated, and precious little reduction of di-methyl-death ending up “. . . in my drinking water and California’s rivers and streams.”
Otherwise put, what was presented to us, and we thought we voted to adopt
was:
PROPOSITION 65 --- The Safe Drinking Water and Toxic Enforcement Act of 1986
But in reality, what we actually voted to adopt was:
PROPOSITION 65 --- The Business Confusion, Lawyer Full Employment, a Couple of Reformulated Products, and $12 Sign Compliance Act of 1986
The end result being that what adopting Prop 65 truly got us was $12 compliance --- the price of a sign posted at the entrance of a business, which conveys no useful information. But nothing to do with “Less toxic substances in my drinking water and California’s rivers and streams.” (Look for the “Prop 65” signs at all large supermarkets, pharmacies, gas stations, hardware stores, and Disneyland [yes, Disneyland] --- they are absolutely EVERYWHERE!)
More to the point, I’m unaware of a single person that has ever made a decision as to whether or not they would enter a building (or Disneyland) as a consequence of seeing a Prop 65 $12 compliance sign at the entrance. In other words, money spent (for 26 years and counting) but nothing gained.
So . . . what does this have to do with Prop 37?
Well . . . would adopting Prop 37 have actually provided consumers with the information they would need at the point of product display, so they could truly make an informed decision with respect to this issue as they made their purchasing decisions? Or . . . would we end up with the equivalent of the Prop 65 $12 compliance signs, i.e., something that would cost businesses money, make lawyers wealthy, but provide consumers with little to nothing in the way of useful information?
In short, “Useful Information” (a really good thing), or “$12 Compliance” (a really bad thing).
I can’t say with any certainty which of these would have come to pass if Prop 37 had been adopted. But after looking at it, the decision I made was that Prop 37 fell on the side of “$12 Compliance.” More specifically:
PROPOSITION 37 --- The Business Confusion, Lawyer Full Employment, a Couple of Reformulated Products, and $12 Sign Compliance Act of 2012
Was I correct in my analysis? Wish I knew for sure. But I wanted to vote something. So based on my research, I voted “No” --- because I don’t think another $12 compliance law serves either me, or my fellow Californian’s well.
As I said, I too believe that genetically modified food should be clearly labeled so that consumers can make an informed decision. The only issue of disagreement being whether Prop 37 was a good vehicle for achieving this goal.
The unfortunate reality is that the vast majority of propositions are poorly written. With “unintended consequences” (like Prop 65) being the rule, rather than the exception.
This is my starting point for evaluating Proposition XYZ, i.e., that it’s a train wreck. I then need to be convinced that a given proposition is one of the exceptions that ISN’T a train wreck (which can happen, as I do vote “Yes”). Then if I’ve concluded that it’s a train wreck, what I believe to be the best course of action is to vote “No” --- regardless of the worthiness of the cause.
But back to Prop 37. I think that clear, unambiguous labeling of genetically modified food is a way, Way, WAY worthy cause. Add to this, voting “Yes” on Prop 37 would have been a very emotionally satisfying thing to do. But . . .
I want to make the smart vote, even if that vote is counter to what would be for me to be the emotionally satisfying vote.
In the case of Prop 37, it WAY passed both the “good idea” test, as well as the “emotionally satisfying” test --- but what it DIDN’T pass for me was the “train wreck” test. Which is why I voted “No.”
(Paul Waters is Los Angeles/ Valley Pride Executive Director  and lives in Valley Village. He can be reached at:   Paul@PaulWaters.name)
-cw
CityWatch
Vol 10 Issue 91
Pub: Nov 13, 2012