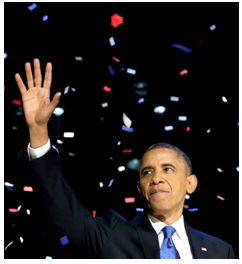 PERSPECTIVE - Volumes are being written and millions of words spoken about what the Republican Party needs to do to maintain its relevance in the future. I can’t add anything new to that discourse, so I won’t.

But it is worth sharing thoughts about what the Democratic Party should consider.
Hey, the Dems just re-elected President Obama and gained a little in the Senate and the House.  The demographic trends support the growth of minority groups favoring the party. With these favorable developments, why on earth would they need to entertain thoughts about the party’s future?
Do you think the New York Yankees would have gone on to build on the team’s championship tradition if they had rested on their laurels after 1927?
Successful organizations always tinker with their long-term strategies. The Republicans didn’t after 2004 and paid the price on November 6.
There are risks ahead for the Democratic Party and they may involve some touchy issues.
The analysts point to the role coalitions played in 2012′s success.
But coalitions are fluid over time.  They can change just as normal human cells can become cancerous. If you don’t catch the changes soon enough, you are dead.
As minority groups advance up through the middle class, as women attain more power in the corporate world and as today’s young voters eventually acquire wealth, expect some of them, enough of them, to tweak the characteristics of the current Democratic coalition.
It wouldn’t take but a change of a handful of percentage points in the right regions to radically alter the electoral map. Just look at history: enough Roosevelt Democrats supported Ronald Reagan for two terms and helped create a golden age for the Republicans.
One of the most volatile issues the Democratic Party will have to wrestle with is how hard to push on immigration reform.  It might even be more important than tax reform. If they present a plan that is perceived as a covert form of amnesty, some groups within the coalition might resent the strategy, labeling it unfair to them.
Change will happen; it is only a matter of degree and timing … and direction. It will take brilliant and balanced management on the part of the Democrats to build on success.
We could face the same type of turmoil that realigned or even eliminated political parties in the years leading up to the 1860 election.
Exciting times are ahead.
(Paul Hatfield is a CPA and serves as Treasurer for the Neighborhood Council Valley Village.  He blogs at Village to Village, contributes to CityWatch and can be reached at:   phinnoho@aol.com) –cw
CityWatch
Vol 10 Issue 91
Pub: Nov 13, 2012