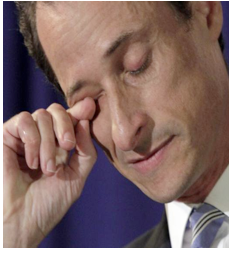 MAKING POINTS - I realize that government can’t always operate like a business, but there are many valuable lessons to be learned from the private sector.
One of them is how to constantly improve customer relations.  I’ve written about this before, but it’s doubtful that government will ever have an interest in how it treats the public because it has a monopoly on its services.
You can’t go to Home Depot to get a building permit.

And government and neighborhood councils could learn a great deal from those who make a living in crisis management.
One of them, Judy Smith, wrote an interesting column recently for Fortune.
Ms. Smith’s clients included Wal-Mart, AIG, the World Health Organization, Monica Lewinsky, and Marion Barry.
Borrowing some from her column, there are valuable rules that should be, but rarely are followed by politicians, city commissioners, and neighborhood council board members.
Plan for the worst.
Responses to crises from city officials always seem to be just that, responses.  And they’re usually sloppy because they’re designed on the run when the first reporter calls.  Instead, leaders should imagine the worst possible crisis, and write down a strategy for handling it.
Each city department could probably avoid most of its scandals and missteps by taking time to kick the tires and anticipate problems.
Tell the truth, and do it fast.
You couldn’t begin the count the number of government officials whose first response, even after getting caught red-handed, is denial.  As we learned from the Watergate scandal and Congressman Anthony Weiner, the cover-up is always worse than the crime.
When the media senses that the truth isn’t being told, they’re like sharks finding blood in the water.  Each wants to be the one to uncover what’s being hidden.  And since politicians have trust ratings that compete with used car dealers and Wall Street executives, the public will always assume the worst.
When a city councilman was arrested for cocaine possession, it took him only hours to post bail, enter himself into rehab, and accept a plea deal.  The story was essentially over before it had a chance to get started.
Never waste a good crisis.
From crises come opportunities.  After Mayor Tom Bradley was accused of having a conflict of interest with the Far East National Bank, he went on the offensive and created a blue ribbon citizens committee that proposed new ethics laws and creation of the City Ethics Commission.
Change with changing times.
Many politicians get into trouble because they think they’re going to get away with their mischief forever.
One former councilman, who was in constant legal scrapes, had served in the State Assembly where he learned how to “get things done” under Assembly Speaker Willie Brown.
On his last day in office in June, 1999, after growing tired of what had to have been a stressful personal and professional life, he said, "I didn't establish the rules of the game.  I just learned them well and know how to apply them. . . . Yet they write about how sinister that is."
When I heard him speak I suspected that he never learned to, or perhaps never wanted to, adjust to his world that was getting stricter on conflict of interest and ethics issues.  The world was passing him by.
He learned the “rules of game” as they were in the wilder days, and he impressed me as a person who wasn’t going to change until someone or something forced him to.
(Greg Nelson is a former general manager of the Department of Neighborhood Empowerment, was instrumental in the creation of the LA Neighborhood Council System, served as chief of staff for former LA City Councilman Joel Wachs …  and occasionally writes for CityWatch. He can be reached at gregn213@cox.net)
-cw
CityWatch
Vol 10 Issue 91
Pub: Nov 13, 2012