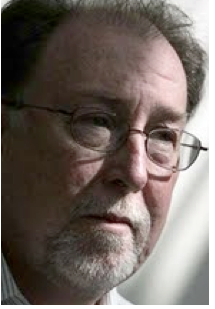 LA WATCHDOG - Campaign Funding IBEW Union Bo$$ Brian d’Arcy, the imperious business manager of the Department of Water and Power’s politically powerful and domineering union, is not a happy camper with Mayor Riordan’s proposed plan to reform the DWP’s very generous and seriously unfunded pension plan.
How dare Riordan try to circumvent him? After all, DWP is his turf.

Bo$$ d’Arcy believes he owns the Mayor, the Controller, and most of the City Council (Jan Perry and Bernard Parks being the notable exceptions) as a result of his generous financial support to our Elected Elite over the years.
As a result of his political swat, DWP Ratepayers are now saddled with the IBEW Labor Premium of over $250 million a year because the contracts between the IBEW and DWP allowed for wages and benefits significantly higher than other regional utility workers and City employees.  These agreements were negotiated based on the instructions of the Executive Employee Relations Committee whose members included Antonio Villaraigosa, Eric Garcetti, Wendy Greuel, and Dennis Zine.
But the IBEW Labor Premium does not include the additional pension contribution of $260 million that is required to amortize the $2.3 billion unfunded pension liability of The Water and Power Employees’ Retirement Plan of the City of Los Angeles.
As it is, the DWP pension plan has assets equal to only 76% of its $9.7 billion in future obligations.
This unfunded pension liability is expected to increase dramatically over the next several years as the pension plan is assuming, as it has in the past, an overly optimistic rate of return on its investment portfolio of at least 7.75%.  This compares to an average rate of return of 1.5% and 5.1% over the last five and ten years, respectively.
As a result of the low rate of return on the investment portfolio and the ever increasing level of benefits, DWP’s annual required pension contributions are now equal to 45% of payroll, more than $400 million a year, five times the 2005 level when Villaraigosa was elected mayor and Garcetti became President of the City Council.
And this trend of ever increasing pension contributions by DWP and the Ratepayers is expected to continue as the Mayor and the City Council fear alienating Bo$$ d’Arcy, their largest source of campaign cash.
No wonder Mayor Riordan included the DWP in his plan for pension reform.
Based on preliminary estimates that need to be verified, the projected annual savings to DWP - and ultimately Ratepayers - are in the range of $150 million by 2017 and over $300 million by 2020.
These savings approximate the anticipated savings from the Riordan Plan for the City’s two other pension plans, LACERS and Fire and Police Pension Plans.
Under the Riordan Plan, new DWP employees would participate in a Defined Contribution Plan where the City would match the employee’s contribution of 10% of his/her compensation.
After 30 years, a DWP employee would have a nest egg of almost $1.5 million assuming a return on investment of 5%, and over $2.2 million if the return was 7.75%.
Existing DWP employees are also included in the Riordan Plan.
They will be required to up their contributions to the DWP pension plan to cover the annual cost of their generous retirement package.  Employee contributions will increase from the current low level of 6% to 21% over the next three years (5% per year).
While this is a considerable increase, it is more than offset by the 28% growth in the average compensation from 2005 to $99,000 in 2011, with further increases of 6% to 12% by September of 2014, the end of the existing IBEW contract.
This compensation does not include overtime, current medical benefits valued at almost $15,000 a year, or any other benefits such as sick days, vacation, or holidays.
The Riordan Plan will also prevent “spiking” as any pension payment will be based on a 36 month consecutive average of base salary and will exclude, very importantly, overtime, bonuses, and non salary compensation.
Finally, if DWP contributions to its underfunded plan exceed 15% of payroll, as is likely since the DWP will need to continue to amortize the multibillion unfunded pension liability, any increases in base salary (other than performance based raises) will be excluded from the calculation of retirement benefits.
This feature may have a significant impact on lowering the unfunded pension liability.
Needless to say, Campaign Funding Union Bo$$ d’Arcy will view this pension reform as a direct assault on his kingdom, where “it isn’t so until I say it’s so” is considered standard operating procedure.
Bo$$ d’Arcy, along with the leaders of the City’s other unions, will fight Mayor Riordan’s efforts to put this measure on the ballot, knowing that Angelenos, like over two-thirds of the voters in San Jose and San Diego, believe that pension reform is necessary to save our City from insolvency and protect Ratepayers from even greater rate increases than those already required by unfunded state mandates.
Angelenos will benefit by placing the Riordan Plan on the ballot.
We will be able to get a better understanding of our existing pension plans and their impact of their ever escalating costs on the City’s budget, DWP, and the Ratepayers.  We will then be able to compare them to the alternative proposed by Mayor Riordan.
It will also give Angelenos the opportunity to ask the candidates for Mayor, Controller, and the City Council if they support the Riordan Plan for pension reform, YES or NO, hot air excuses not permitted.  And if they do not support the Riordan Plan, what are their SPECIFIC plans for pension reform and balancing the budget, knowing that the recently adopted Villaraigosa plan for pension reform for civilian workers is a complete sham, resulting in only $15 million in savings in 2017.
The next 27 weeks will be very interesting, instrumental in determining whether our once great City will be solvent or insolvent, and whether we are working for the union leadership and the City employees, or whether the union leadership and their members are working for us, the 99% that are not on the City’s payroll.
(Jack Humphreville writes LA Watchdog for CityWatch He is the President of the DWP Advocacy Committee and the Ratepayer Advocate for the Greater Wilshire Neighborhood Council. Humphreville is the publisher of the Recycler -- www.recycler.com. He can be reached at: lajack@gmail.com) –cw
-cw
CityWatch
Vol 10 Issue 90
Pub: Nov 9, 2012