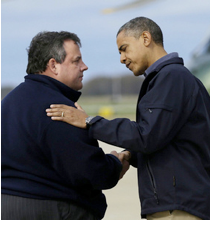 GUEST WORDS - This election is only tangentially a fight over policy. It is also a fight about meaning and identity — and that’s one reason voters are so polarized. It’s about who we are and who we aspire to be.

President Obama enters the final days of the campaign with a substantial lead among women — about 11 points, according to the latest Washington Post/ABC News poll — and enormous leads among Latinos and African Americans, the nation’s two largest minority groups. Mitt Romney leads among white voters, with an incredible 2-to-1 advantage among white men.

It is too simplistic to conclude that demography equals destiny. Both men are being sincere when they vow to serve the interests of all Americans. But it would be disingenuous to pretend not to notice the obvious cleavage between those who have long held power in this society and those who are beginning to attain it.

When Republicans vow to “take back our country,” they never say from whom. But we can guess. Issues of race, power and privilege are less explicit this year than they were in 2008, but in some ways they are even stronger. (The rest of Eugene Robinson perspective here.) -cw