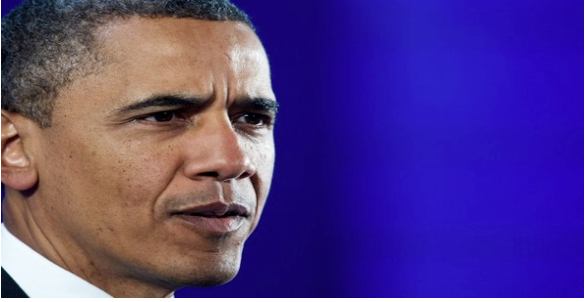 POLITICS - Meanwhile, in the War of Ideas ...

Remember that national debate on the issues the selection of Paul Ryan was supposed to herald, sparing us further discussion of President Barack Obama’s alienation from Americans and Mitt Romney’s tax returns and mode of transporting his dog?

Boring as that would have been, it was no surprise that we turned, instead, to Rep. Todd Akin’s gaffe, Clint Eastwood’s skit and distorting Obama’s salute to mentors, infrastructure and “the unbelievable American system” into the anti-business manifesto known as “You didn’t build that.”

Amazingly, since you never hear about it, there really is a Big Idea in this election, the chance that this isn’t just a choice of philosophies, but the long-awaited showdown between post-FDR Democrats and post-Reagan Revolutionaries with consequences as far-reaching as the elections of 1932 and 1980.

Dominant political movements overreach themselves, by definition. In the 1960s, it was the Democrats, whose arrogance expanded George Kennan’s policy of containing the Soviet Union to the “domino theory” in far-off Southeast Asia, where, as in Iraq in 2003, a “light footprint” was supposed to suffice, while launching a grandiose War on Poverty, ruling with a coalition that had come to extend from Dixiecrats to Yippies.

Fifty years later, Republicans are coming off their adventure in Iraq, which they regarded as a video game with lots of chimneys to launch video-transmitting smart bombs into, while cutting taxes to keep us shopping after 9/11 and turning a budget surplus into the deficit the GOP now decries.

The Democrats pulled back the curtain, but if it left Romney looking like the Wizard of Oz, it’s because the GOP had run out of ideas that work.

In its intellectual death throes, Republicans offer unspecified budget cuts to protect the high-end earners and the military with a nostalgic reimagining of the way we were four years ago, when mutinous House Republicans’ defeated the bank bailout drawn up by George W. Bush’s secretary of the Treasury, Hank Paulsen, prompting a 777-point drop in the Dow, which had already fallen 15 percent in four months and would plummet an additional 20 before Obama took office.

The convention in Tampa, Fla., was an idea-free, reality-averse exercise, blaming the slow recovery on Obama, ignoring the GOP’s participation, or lack thereof, that saw it withdraw from governing in the most adamant resistance in post-Civil War U.S. history.

Of course, if Romney had to talk over the heads of the delegates in the hall, championing immigrants and job programs to appeal to disappointed Obama moderates, it may have been a sign the GOP has left the mainstream, or vice versa.

Not that it was the GOP that was most responsible for holding up Obama’s health care bill for a year, or making sure he couldn’t get $1 more of stimulus.

Obama was abandoned by the left and right wings of his own base, from the day he entered the White House, after reclaiming it for the party that had lost seven of the last 10 presidential elections.

Ambitious liberal Democrats mocked him as a wimp. Blue Dogs, cowed by their re-election challenges in the nation the GOP had turned center-right, fled fights on anything controversial such as single-payer health care, or worse, voted against the president.

Liberal pundits such as Maureen Dowd and Richard Cohen called Obama aloof, mocking his failure to effect the “hope” and “change” he had campaigned on as if they were reasonable goals anyone, even in the face of withering opposition, could achieve. The left was tacitly allied with a GOP it had no use for, blaming Obama for being unable to get the obdurate Republicans to engage.

On the eve of the Democratic convention, Politico ran a story headlined, “Obama, party of one,” in which an unnamed congressman, said to represent the feelings of a half-dozen prominent Democrats, noted, “I’ve been on Air Force One twice—with George W. Bush.”

Imagine Obama’s delight at reaching Charlotte, N.C., where even Democrats knew enough to rally behind him as they hadn’t since ... their last convention in Denver!

If the GOP’s lame show teed it up for them, the Democrats regained a long-missing eloquence, glossing over four years of failing to stand by their man in something we hadn’t seen before, falling in love all over again with their own sitting president.

Of course, if you can’t sustain the excitement for six months to pass legislation—as they didn’t in 2009 with a filibuster-proof Congress—it may mean you’re less a party than a loose confederation of selfish interests.

Charlotte offered a clinic in modern political virtual reality as former President Bill Clinton—finally—punctured the GOP balloon that had hung over Democrats’ heads like the killer dirigible dropping onto the Super Bowl in author Thomas Harris’ “Black Sunday.”

“We left him a total mess and he hasn’t cleaned it up fast enough,” quoth Bill, in his version of the GOP pitch, “so we should get back in power.”

As brilliant and substantive as Clinton was, his riposte through the heart of the Republican myth had been obvious for the four years the balance-seeking, moral-equivalency-granting press let the GOP get away with it.

The real question is, why did it take so long for the Democrats to respond?
The answer: That’s how long it took the audience to listen.

In today’s Tower of Babel environment, there are only a few marquee opportunities to be seen and heard, like Clinton’s late-night slot at the convention, which the networks that have cut back their coverage still carry (except for NBC, which cut away for a football game).

Worse, with officeholders demonized from their swearing-in, the audience regards few politicians as credible.

Amazingly, Clinton was one.

In 1992, when he was elected amid bimbo eruptions; or 2000, when he left office after avoiding impeachment for one more; or 2008, when his grousing about Obama during Hillary’s campaign suggested the Clintons were still all about the Clintons, the Big Dog could have read the Ten Commandments and gotten an argument.

Now, 12 years after a prosperous term that seems like a simpler time in our history, Clinton stands resurrected in his no-longer-dough-faced incarnation as the nation’s wisest, wonkiest, folksiest, white-haired teddy bear.

It’s not that politicians seldom make sense. The problem is “sense” stands for so little unless the media can fit it into some Hollywood narrative that the audience will listen to.

Unfortunately, today’s narrative with Clinton as genius, bailing out a bumbling Obama, doesn’t account for real-life differences. It was Obama who got health care, Clinton who handed it to Hillary, who shut out the insurance industry, defying it to do its worst. It’s Obama who maintains a level of personal honor Clinton forfeited long ago.

A lot gets lost these days, like the possibility something bigger than another debate of top-down vs. bottom-up economics is at hand.

This election may be another landmark in the struggle that runs like a fault line through our history, having appeared as Hamiltonian Federalism vs. Jeffersonian Democracy; Northern mercantilism vs. Southern agrarianism; Eastern establishment vs. Southern and Western populism; TR/FDR activism vs. limited government; baby boomers vs. silent majority; and tea party vs. Occupy America.

Along the way, there have been enough twists, turns, redefinitions and realignments for the parties that started on one side to switch and switch back.

A former New Dealer, Ronald Reagan, led the movement to shrink the federal government with the notable exception of its military.

Now we have the sons of the New Dealers, reborn as fiscal conservatives, while former Reagan Revolutionaries try to realize his vision without him.

Faced with a choice of moderating or going all the way, whether it was to Baghdad or Washington, D.C., “neoconservatives” stood their predecessors’ foreign policy on its head, discarding the principle of a narrowly defined national interest that made Robert Taft et al. leery of foreign adventures, or even participation in the U.N.

Unfortunately the test was the 2003 Iraq invasion, to find weapons of mass destruction that didn’t exist.

Rather than retreat toward the middle, which would mean accepting elements of the hated Obama’s agenda, the GOP has dug in on this line with Ryan’s budget, which can be seen as the neoconservatives’ domestic policy, an utter rejection of the New Deal they never dared to pose.

This obliges the GOP to renounce the mainstream positions of Dwight Eisenhower (new Democratic icon, as installed by Clinton in Charlotte) and Richard Nixon, challenging not only the controversial Obamacare but Medicare and Social Security, which stand as popular institutions.

Doing away with another conservative principle, the party of fiscal responsibility now insists on “dynamic scoring” in which optimistic assumptions are accepted as a given, as at Enron.

Nevertheless, with Romney, who had evolved and devolved too much to be seen as standing for anything, now tied to Ryan, this election is clearly about something.

If yesterday vs. tomorrow seems a simple choice, the competitive race suggests how split we are.

Of course, there’s a lot going on as our first African-American president seeks re-election in an age of economic dislocation, brought on by a communications revolution that enhances productivity and undermines employment while turning the press into a worldwide tabloid.

As political analyst David Gergen noted in 2008, Obama’s race is the elephant in the room. No one addresses it directly; indirectly, all bets are off, as controversies arise over the remarks of his (African-American) pastor, his middle name, his birthplace and eligibility for the office he already holds.

We don’t know how much of today’s zany political behavior is due to Obama’s mere presence.

However, if you can’t say the GOP’s opposition is grounded in racism, you’d have to go back to Herbert Hoover, who took the blame for the Great Depression, or Lincoln, whose election prompted the South to secede, to see this level of skepticism.

If the 2008 campaign turned unseemly, with John McCain feeling himself obliged to defend Obama against the charge of being “an Arab,” this one could make it look like a warmup before the real blowoff.

With dueling media outlets offering alternate universes, nothing is off the wall. Romney still does birth certificate lines, as if Obama hadn’t long since provided the relevant document. As opposed to something that’s about reason and self-interest, our politics are more the joke baseball players pass down from generation to generation, with the big leaguer walking down the street with his girlfriend when he runs into his wife.

“Who are you going to believe,” he tells the missus, “me or your eyes?”

Republicans are at their own crossroads, about to learn if they can damn the torpedoes and keep steaming rightward, or must moderate—assuming they can without losing evangelicals and tea party supporters who have dominated recent elections, if not their presidential primary in 2012.

Happily, one side will prevail. Then the other can decide whether it wants to emigrate en masse or it’s worth it to stick around and see whether we can ever be one nation, indivisible, again.

(Mark Heisler is a former NBA at large reporter for the LA Times and Tribune chain. He blogs at truthdig.com where this article was first posted. Check out TruthDig.com for other writers and thinkers, Robert Scheer, Chris Hedges, Amy Goodman, Bill Boyarsky among them.)
-cw