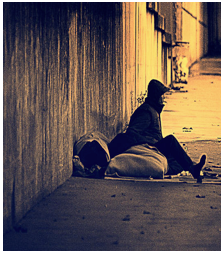 POLITICS - (Ed Note: This is the second article in Mayoral Candidate Kevin James' Plan to Make LA Great Again.)  A recent study estimated that 84,000 people in Los Angeles County are homeless on any given night, with a significant portion concentrated in the City of Los Angeles.

LA has not been more effective in combating homelessness because of a lack of priorities on the part of city leadership, including a willingness by the city's elected officials to ignore the homeless in favor of the elite with close connections to City Hall.

A stark example of this is the recent move by Councilwoman Jan Perry to funnel $ 1 million of taxpayer money originally slated for programs in Skid Row to the Gensler Architecture Firm so they could decorate their offices in downtown Los Angeles.

To begin the process of solving the city's homelessness problem, we must first clean up the departments assigned to oversee the crisis.  All too often, the culture of corruption in City Hall gets in the way of the implementation of important and well-intentioned programs -- and taxpayer money is wasted.

For example, last year a City Housing Authority Commissioner resigned after questions arose as to whether her sons living in affordable housing in Los Angeles were allowed to bypass a years-long wait list of hundreds of families.

There have also been federal indictments related to the theft of millions of taxpayer dollars designated for affordable housing in the city.

As the only former prosecutor in the race, I am best equipped to end the culture of corruption in City Hall by exposing it from the inside.

According to the Bring LA Home website, it was "convened by elected officials from across Los Angeles County, Bring LA Home is a panel of more than 50 leaders of government, faith-based, social service, advocacy, entertainment, law enforcement, and business organizations, and people who have experienced homelessness."  Their goal was to end homelessness in LA County by 2013.

LAHSA coordinates and manages over $70 million dollars annually in Federal, State, County and City funds for programs providing shelter, housing and services to homeless persons in the City and County of Los Angeles.

Unfortunately this admirable effort will not be successful -- 2013 is only six months away.

Homelessness has not been eliminated in LA -- it is getting worse.

While Bring LA Home is an important organization, undoubtedly does great work, and is desperately needed to continue its work, Bring LA Home will never realize the joy in reaching its goal of ending homelessness in LA when the one hand doing the good work (the private industry/philanthropic hand) is being constantly undercut by the other hand (the city government hand) that is corrupt and willing to use the crisis of homelessness to squander taxpayer funds for improper or illegal purposes.

As Co-Chair of AIDS Project Los Angeles (where I served from 1994 through 2000), one of APLA's most critical and successful programs was our housing assistance program.  Homelessness among AIDS patients often complicated the already challenging circumstances APLA faced in serving the sophisticated needs of its clients.

APLA is successful in combating homelessness among its clients by assisting clients in locating, acquiring, financing and maintaining affordable and appropriate housing.

APLA assists in the formulation of housing plans, guiding clients through the housing assistance application process, moving clients into housing, and educating them about tenant rights and responsibilities, and acting as an ongoing liaison between clients, property owners and case managers.

While homelessness will always exist to some degree in Los Angeles, we must do everything we can to minimize its existence and reduce the number of people, particularly children, affected by it.

The best thing city government can do is create an environment welcoming to private business -- a job goes a very long way in improving a person's confidence, self-respect, dignity, and economic stability.

Jobs are critical to reducing homelessness.  Therefore, my jobs plan is the first step in dealing with homelessness in LA.
I believe our primary goal should be to acclimate our homeless population back into society.  In addition to ending the corruption that feeds off of funding targeted toward solving this crisis, I will take the following additional immediate actions as Mayor to deal with the problem.

● We will utilize unused city-owned buildings that are the most fit for conversion into transitional housing and/or shelters.  The conversion of available city buildings must include accommodations for couples, families, and people with pets.  Many homeless people will stay in the streets if an available shelter does not provide a safe environment for children or does not allow pets.

● I will direct the implementation of financial and performance audits of LAHSA (something the current Controller has failed to do).  The results of those audits will detail necessary additional reform measures that I will put in place.

● To enable existing programs to work more efficiently, LAHSA will be reformed to take better advantage of existing volunteer efforts and diverse talent among city residents available through Neighborhood Councils and other community organizations.  This will save taxpayer money.

● We must address this crisis as it relates to our Veterans.  Studies have found that there are 20,000 homeless Veterans in Los Angeles County -- with most living in the City of L.A.  I will use my 10+ years of experience as a member of the media to call out the Federal government, including the Veterans Administration, for their failures, inaction, and abuse of Veterans' rights.

In other words, I am not afraid to use the power of the podium that comes with the Mayor's office to embarrass the Feds into doing what is right for our local Veterans and to get the most out of local Veterans’ services facilities.

My plans, proposals, ideas and solutions are a work-in-progress -- and it is a process that, unlike my opponents, I am willing to have with you in the public eye and with media scrutiny.  I am willing to put everything on the table, and not hide it in the back room.

I welcome your input.  Putting LA back on track is a team effort.  And you and I know that we need new team members.  To join us and to submit your ideas contact me at [email protected]

(Kevin James is an attorney, radio broadcaster, former Asst. US Attorney, and candidate for LA Mayor and occasional contributor to CityWatch.) –cw