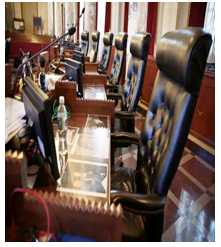 THE CITY - When the neighborhood council system was in the design stage the hope was that the councils would produce the kind of long-term thinking that is so often missing among elected officials whose “long-term” extends no further than their next election.

Although the neighborhood councils have understandably devoted a great deal of time and energy to community crises, such as undesirable land use projects, they still haven’t evolved into forces for calculated, fundamental governmental changes.

Rather than rely upon overworked existing members for the necessary research, critical thinking, and issue development, neighborhood councils could bring new blood into their ranks by searching for issue specialists.

The councils could start by asking the Department of Neighborhood Empowerment to help them by creating a place on its website where councils could post “want ads” to find help from students and public policy geeks.

Almost daily  it’s possible to pick up a newspaper and find an issue that cries out for the kind of leadership that only neighborhood councils can provide.

Arguing that it needed to save money, the City Council eliminated the ability of people to provide comments during City Council meetings using live video feeds from the Van Nuys and San Pedro City Halls.

The public reasoning was that it would save $46,000 a year.  But the city rounds off numbers larger than that.

Closer to the truth is that the participants appear to be the same small collection of people who the City Council members think of as “gadflies.”

Neighborhood councils could easily come up with enough alternatives to the way people address their representatives to at least initiate a vibrant discussion.

If there were a way that people with something of value to share could get responses from the council members or city staff, and an assurance that the council members would at least pretend they were listening, more people would participate in government, a primary goal of the neighborhood council system stated in the City Charter.

The city’s Information Technology Agency has a file cabinet full of ideas, but it lacks an audience that wants to hear them.

The real problem is with city government itself.  Its leaders define participatory democracy as getting people to show up to their events and applaud them.

Chicago’s Mayor Rahm Emanuel just created an Office of Public Engagement for the purpose of connecting residents to city resources.

On the other hand, Los Angeles continues to take itself away from participatory democracy.

Want to get more creative?

The City Council could create a place on the Internet where people could get reactions to their legitimate comments.  It could be moderated to keep it from being ruined by the ranters.

Selected issues could be scheduled for a City Council meeting well in advance.  Facts could be posted on the city’s website.  Discussions could take place online.  The meeting could be cablecast on Channel 35, and before the final vote is taken the City Council would pause for a few minutes to allow the public to cast an advisory vote using telephones and computers.

While people were arriving to an Eddie Izzard show at the Nokia Theater, audience members were able to post Twitter comments that displayed on a screen as wide and high as the stage.

Those who can’t attend a City Council could tweet their comments and have them displayed on the monitor on the wall of the Chamber and in front of each council member.

Once we believe that people who take the time to participate in their government aren’t worthless … they are priceless … great ideas will follow.

(Greg Nelson is a former general manager of the Department of Neighborhood Empowerment, was instrumental in the creation of the LA Neighborhood Council System, served as chief of staff for former LA City Councilman Joel Wachs …  and occasionally writes for CityWatch. He can be reached at [email protected]) Graphic credit: banbillboardblight.org
–cw