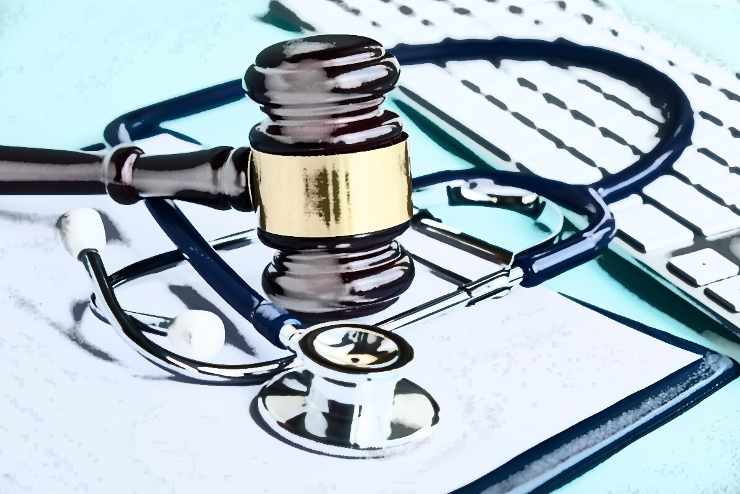 MEDICAL FAIRNESS - In California, pregnant women begged for help, their cries were ignored, and they died from preeclampsia, forcibly removed placentas, and internal bleeding.

Their doctor was a repeat offender. A man died from sepsis after an operation; his surgeon was a substance abuser who negligently perforated his colon. He was a repeat offender. A seven-year-old with a high fever couldn’t walk and was crying out in pain. She died because the hospital didn’t do a culture that would have revealed she had group A Strep. The family had to get an autopsy to find the truth. A man, a father and grandfather, was intentionally given a dangerous, unneeded medication without consent, which caused his death. Consumers are recklessly misdiagnosed and mistreated regardless of pleas from the patients and families.

Plastic / reconstructive surgeons do aggressive and dangerous scam procedures, often surgically assaulting patients. They disable, disfigure, and kill healthy people and get off without accountability. Their fellows, (sometimes empowered by a status as a Medical Board of California expert) show up in court as expert witnesses for each other and lie.

These are just a few of the serious complaints heard at the public meetings of the Medical Board of California. Most survivors of medical harm cannot even get a fair trial.

We’re taught to trust doctors. When they are negligent, commit assault, cause bodily harm, or kill our loved one, we turn to the legal system for accountability. The system, however, is adversarial to victims, rigged in the doctor’s favor, and rarely brings justice; dangerous doctors and medical scams continue carte blanche.

How does tort law fit into all of this and what is the #FairnessAct?

A tort is a legal wrong; it arises from an omission or an act that harms or injures another person if the wrongdoer has violated a duty to the person who has been hurt.

Medical tort law aims to compensate the victim for medical expenses, pain and suffering, loss of income, and loss of body parts, as well as potentially deterring future medical harm via the threat of liability or court action. Because most cases are public, they also serve to educate us regarding medical negligence, providing information for other individuals to review. Punitive damages awarded to the injured may provide a wheelchair-equipped van, physical therapy, and a means to rebuild a forever altered life.

California tort law known as “MICRA” (Medical Injury Compensation Reform Act) reduces the ability of victims to litigate by limiting the amount of restitution people can receive in a lawsuit. Some states cap non-economic, economic damages, or both. California is one of the most progressive states in the country but has the most regressive non-economic cap (for pain and suffering) at just $250,000. Some state caps are $2.25 million; nine states have declared caps unconstitutional.

Another limiting factor is the Statute of Limitations, which requires a lawsuit be filed quickly, within a year of discovery of an injury. Since providers do not reveal harm to their patients, it can take time for problems to develop or reveal themselves. Families whose loved one has died are left to investigate the death while grieving. Victims in pain, shock, and anguish are expected to maneuver through layers of medical corruption and secure a lawyer whose potential fees have also been capped by MICRA.

Former California Governor Jerry Brown signed MICRA into law in 1975. According to Ralph Nader, Jerry Brown wrote in a June 1993 statement: “We have learned a lot about MICRA and the insurance industry in the seventeen years since MICRA was enacted. We have witnessed yet another insurance crisis, and found that insurance company avarice, not utilization of the legal system by injured consumers, was responsible for excessive premiums.

Saddest of all, MICRA has revealed itself to have an arbitrary and cruel effect upon the victims of malpractice. It has not lowered health care costs, only enriched insurers and placed negligent or incompetent physicians outside the reach of judicial accountability. For these reasons, MICRA cannot and should not be a model for national legislation.”

In 2021, MICRA is still in effect and has not been adjusted for inflation in 46 years.

Tort reform, favoring doctors at the expense of patients, gained momentum in the 1970s and 1980s. Medical societies persuaded state legislators that frivolous lawsuits (suits without merit that seek high damage awards relative to the actual damages) clog up the court and cause physician’s liability insurance rates and medical costs to increase.

The doctors’ lobbies are not correct; certainly today, frivolous lawsuits are a myth and too much medical harm not too many lawsuits is the problem. Lawsuits actually account for less than one percent of health care costs and competition. Greed and instability in the insurance market are what drive the cost of insurance instead.

Meanwhile, unchanged price caps under MICRA that were intended to ensure no one is awarded too much compensation for medical malpractice cases have backfired. Lawyers cannot afford to take strong cases due to high costs and low awards. As a result of lack of liability and oversight, medical harm in hospitals is now the third leading cause of death in the U.S. (This does not even factor in medical harm in private ambulatory centers).

Medical malpractice harms tens of thousands more people than auto and workplace injuries combined, but rather than learning to be proactive against medical harm, risk managers at hospitals often threaten victims into silence to protect the good name of the institution.

Doctors behave similarly. Any settlement against a physician over $30,000 must be reported to the Medical Board of California. A settlement of any amount must be reported to the National Practitioner Data Bank unless the settlement is out of pocket. As a result, doctors do not want to settle cases, especially for $30,000 or more, in order to preserve their clean record at the expense of patients. Defense teams will blame and slander victims and threaten victims into settling for $29,999.99 with a gag clause. Doctors tell a patient they are imagining they are ill or question their sanity. If a plaintiff’s case is lost, the injured party is charged for the unjust, slanderous trial.

To make matters worse, many doctors cover up for each other. California requires that only a physician practicing or teaching in the same specialty as the defendant can serve as an expert witness. That might sound good on the surface, but it’s not. Doctors have a code of silence and give false witness to protect their fellows; you protect me, I’ll protect you. A doctor is found negligent if they fail to meet the Standard of Care, the degree of care a reasonable, prudent doctor would exercise in the same circumstances. In so many cases in California, a prudent Standard has lost its meaning.

Finally, while MICRA has had deleterious direct effects on medical malpractice cases, there are no evidence-based studies to measure other serious impacts. Fro instance: For instance: what is MIRCA's impact on patients regarding homelessness, PTSD, poverty, disability, and suicide? These questions beg for attention as well.

In sum: Our current law, MICRA, is based on lies backed by medial lobbies to protect businesses and corporations from having to pay just compensation to victims. Physicians pay less for medical malpractice insurance premiums in states that have enacted “tort reform,” while consumers pay financially, with their health, and even with their lives.

Consumer Watchdog is running a series of videos testimonials about the cruelty of this act that stops injured parties from obtaining justice. The #FairnessAct will change this.

In November 2022, Californians will have a chance to weigh in with their votes on whether to increase the antiquated Medical Injury Compensation Reform Act of 1975.

(Sasha Lauren, author of The Paris Predicament, a novel, is a patient safety educator and CityWatch contributor. She writes about the poorly regulated medical field, bad medical practices, and medical harm. As an L.M.T. she gave over 30,000 hours of therapeutic massage and taught massage, relaxation, and behavioral health skills. Her approach is holistic and preventative. (The information presented in this article is not for personal medical or legal advice or instruction.)