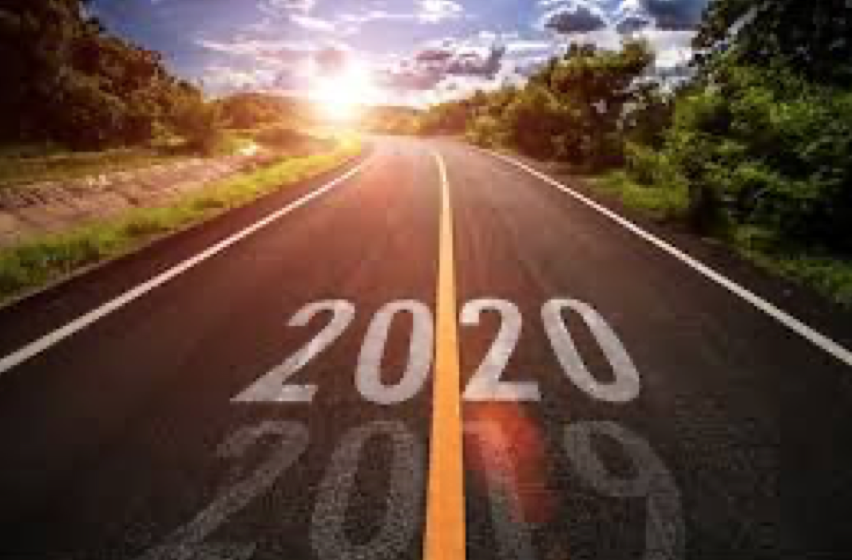 ALPERN AT LARGE--No, we're not ignorant or without understanding of the political compromises and realities of Downtown or other city governments. No, we're not clueless of the imperfect and messy solutions needed to solve intractably-complex problems. But to City Hall, here's a good way to start the New Year: stop the lying!

Stop the lying, stop the gaslighting, and stop the crazy-making...unless, of course, your goal IS to kick out all the remaining Angelenos who DO follow the rules, who ARE civically-engaged, and who DO want a quality of life for all those who also follow the rules (and pay taxes...lots of taxes) to make the City survive and thrive.

Because NO, Eric Garcetti, your political future won't stand a chance any more than your predecessor's political future if you continue to run the City into the ground...and remember that I was one of those who solidly stood behind you when you first ran for Mayor.

1) First, reported crime may be going down...but actual crime isn't. And the number of Angelenos witnessing and being fearful of crime is going UP. If LAPD Police Chief Michel Moore wants to prove he lives in an unfeeling bubble, then by all means continue to proclaim this is one of the safest times in our history .

It's not just homicides...particularly because many once-fatal injuries are no longer fatal. And at least the aforementioned article mentions that underreported rapes are a huge problem.

So YES, it's not the Crips and Bloods killing each other and creating havoc in South L.A. like things once were...but the property, vandalism, and violent crimes are out there--but with the LAPD standing down on so many crimes it's very easy to report "reduce reported crimes".

We're scared and with good reason, Police Chief Moore. Please change your tune, or resign! Or maybe liberalize the process for Conceal/Carry Permits, because what other choice do we have?

2) Second, businesses are NOT surviving and thriving so well, particularly because those who have to pay rent and employ workers are suffering because they can't possibly contend with either Internet-based businesses or sidewalk-based "vendors" who can more easily skirt City, County, and State fees/taxes.

This isn't a new phenomenon, but unless we like how much restaurants and businesses who pay rent have to pass on their costs to us, we better focus not on the plight of sidewalk vendors as much as try to demand an equal playing field for all businesses. It's not fair, and it's downright economically dangerous to promote those breaking the law and hurt those obeying the law.

3) Third, Affordable Housing and Homelessness have become growth industries in the City of the Angels, with a City Hall/Downtown push to promote taxes to "fix" those problems rather than actually FIX them.

Everyone throughout the political spectrum has seen how Chinese nationals (not Chinese-Americans) have been gobbling up much of the Californian real estate supply, and driving up prices to boot.

And ditto for those "affordable housing" complexes or inclusions to new monster developments that overall reduce affordable housing--and that includes housing affordable for the lower-middle class and middle class. I am, in general, NOT a fan of rent control, but what do we do when we don't create incentives to create small homes for the middle class?

And ditto for the incentivizing homeless from all over the nation to come to the accommodating coastal neighborhoods of California without actually treating the economic, mental health, and criminal ills that keep people homeless--is this all just a way to produce new public-sector jobs?

So perhaps it's just a long, long, looooooong wait to elect a better Mayor and City Council, and we'll have to endure the finger-pointing at the Orange Man in the White House to divert from the pathetic mismanagement of government, the environment, and the economy right in our own back yard.

But if ANYONE on the City Council, the Mayor's Office, or anywhere else that's empowered from Downtown want to make good on a better New Year, just...stop...the...lying!

Those who can leave are leaving who represent the core middle-class citizenry that ALL cities need to thrive and survive, leaving only the very rich and poor in our City. It's NOT good, and local government is too-often NOT responsive (and that means laws and law-enforcement, not just words and "town hall forums").