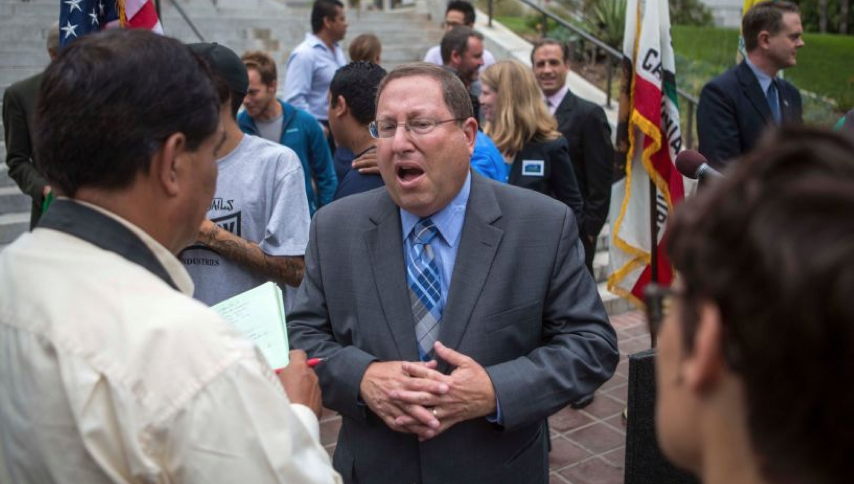 DEEGAN ON LA--City Councilmember Paul Koretz (CD-5) told CityWatch, in a New Year’s Eve phone call, that he’s announcing that he will run for City Controller in 2022 when his term as CD-5 Councilmember ends.

Koretz is steeped in budgetary experience---a key prerequisite for the Controller’s job--from his many years in both the State Capitol and City Hall. Locally, he has served on the City Council’s Budget Committee since 2009 and chaired the Council’s Audits & Government Efficiency Committee.

In Sacramento, while a State Assemblyman from 2000 to 2006, Koretz was a member of the State Assembly’s Revenue & Tax Committee. He also has experience as having been Chief of Staff to former State Board of Equalization Chair Brad Sherman.

When asked about the criticism that the city is spending expensively for individual units of homeless housing, Koretz said “I’m trying to set an example; my first project that looks like it will go forward is using a somewhat different process. We believe it will be in the $300,000’s range, not the $500,000 to $800,000 range. The project is being done by the Weingart Center and will be on an LADOT lot near Santa Monica and Sepulveda, Hopefully, this is  a process that can be replicated, and some of our  HHH housing funds can use the methodology in the future, if all goes well”.

Housing costs are not the only thing on Koretz’ mind in the bigger picture of the expanding homeless and related public health crisis. “There are other pieces of the homeless problem I’m working to improve upon. I’ve been pushing the city to focus on prevention. Our homeless rate is going up. We are clearly generating newly homeless people at an unsustainable rate”.

The Los Angeles City Controller is an elected citywide official who serves as Los Angeles's auditor and general accountant, a.k.a "the taxpayers' watchdog."

Those political endorsements showcasing Koretz’ experience must now be matched by voter enthusiasm to have Koretz be “their watchdog” at City Hall.

(Tim Deegan is a civic activist whose DEEGAN ON LA weekly column about city planning, new urbanism, the environment, and the homeless appears in CityWatch. Tim can be reached at [email protected].)