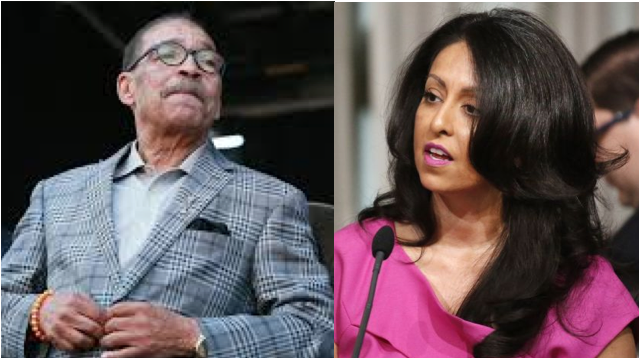 @THE GUSS REPORT-Love him or hate him, most everyone who follows Los Angeles politics would agree that termed-out LA City Council president Herb Wesson knows what’s going on in virtually every corner of the City of Los Angeles, and especially within City Hall.

He has all the talent in the world but has always chosen to serve himself first.

Wesson, 68, cultivated a 22-year political career, including 15 on City Council and eight as its president, that he primarily used as a nepotism ATM of sorts, and its ATM fees came in the form of shady housing developments, America’s worst homelessness problem, and financial, voting and employment maneuvers for his immediate family that even the LA Times couldn’t keep buried once they started surfacing in this column.

So how is LA doing now as compared to 15 years ago?

Remember when LA’s biggest homeless encampment was Dome Village, which Wikipedia loosely describes as a self-governing community of people unable or unwilling to live in traditional homeless shelters?

Who in LA wouldn’t love to have as its biggest homelessness challenge Dome Village, as compared to what Wesson enabled on every street corner, off-ramp, store alcove, nook and cranny?

Wesson joined LA City Council in 2005 and Dome Village was dismantled a year later. While he didn’t become Council president until 2012, his decisions along that ascent directly resulted in the crises we endure to this day. He is the amorphous fingerprint on those problems as he now begs for the much larger job of LA County Supervisor for the 2nd District.

What’s that definition of insanity -- doing the same thing over and over and expecting a different outcome?

By the way, if LA’s incumbent politicians are as #woke and #MeToo as they claim, why aren’t they endorsing the capable, qualified Black and Asian women running for those jobs? Right now, there are no Black or Asian women on either the City Council or the Board of Supervisors.

So it was no real surprise last week when Wesson announced he will step down from the LA City Council presidency (but not Council itself) and hand the reigns to one Nury Martinez, the Councilmember representing Van Nuys, Panorama City and other bleak stretches of the San Fernando Valley.

Have you seen her wretched District 6 lately?

For years, Martinez ignored a massive and grotesque homeless camp in the Sepulveda Basin until it went up in flames earlier this year, and then ignored it again when its inhabitants moved back in. She ignored a similar camp at a vacant building fire last week where the inhabitants were so numerous that the LAFD needed help from the LAPD so that the first responders could reach the flames. She ignored a massive camp between Sepulveda Boulevard and the eastern edge of the 405, as well.

Martinez continues to ignore ramshackle fire hazards in the hardscrabble neighborhoods she represents. She ignores animal neglect and abuse, trash pick-up and human trafficking reports at fleabag hotels despite her grandstanding on the issue for news cameras more focused on sound bites than outcomes. And she has been non-responsive to concerns about homeless people sleeping on the property of one elementary school in Van Nuys and a registered sex offender who worked on the premises of another.

Despite the phony narrative being sold by the LA Times, Nury Martinez will be the next LA City Council president with only a paper tiger challenger for the position, the Councilmember from the 15th District, former cop Joe Buscaino, who as this columnist wrote back on November 4, still struggles with the basic concepts of running a government meeting:

“Buscaino twice attempted to eject critics from meetings but was twice overruled by two different Deputy City Attorneys who referee public comments. In both instances the LAPD was ordered to immediately allow both men to return and resume their comments.”

The LA Times didn’t write about those incidents until last week as it laughably suggested that the 15 Councilmembers, who choose which member serves as its president, might choose Buscaino over Martinez. Uh-huh.

That’s because City Hall and the local media are more focused on making “historic firsts!” rather than choosing the best person for the job. Barring a legal or health issue, Nury Martinez will become our first female LA City Council president and, obviously, its first Latina in that role.

That’s a great thing and worth celebrating, hard-stop. She is intelligent and capable but has yet to deliver results or show any independence from Wesson.

Perhaps she can steady the City and improve it by reinventing how City Hall does business and discarding Wesson’s suffocating ways. She can embrace the critics and open dialogues. She can loosen the reigns so members of the public get more than one minute to speak, like the way it was before Herb Wesson. She can put City Hall celebrations off until the weekend instead of before business. She can establish transparency in the truest sense of the word, and her first move should be to bar Councilmembers from hiring their and each other’s family members and ensure that that rule is enforced.

If Nury Martinez wants change, she can establish that Councilmembers debate issues openly in televised government meetings rather than in secrecy (which resulted in a series of FBI raids in the past year).

If she doesn’t want change, LA is doomed.

Wesson now endorses Martinez to replace him as Council president because he wants to get the substantial Latina vote as he runs for County Supe, and you don’t need to be a cynic to come to that conclusion. Latinas will decide that race and when Nury first ran for City Council, Wesson didn’t endorse her; he endorsed her opponent Cindy Montanez.

But Wesson’s mess is about to become hers, and it will be sink or swim.

Let’s root for Nury Martinez and her ideas and plans. But first, does anyone know what they are?