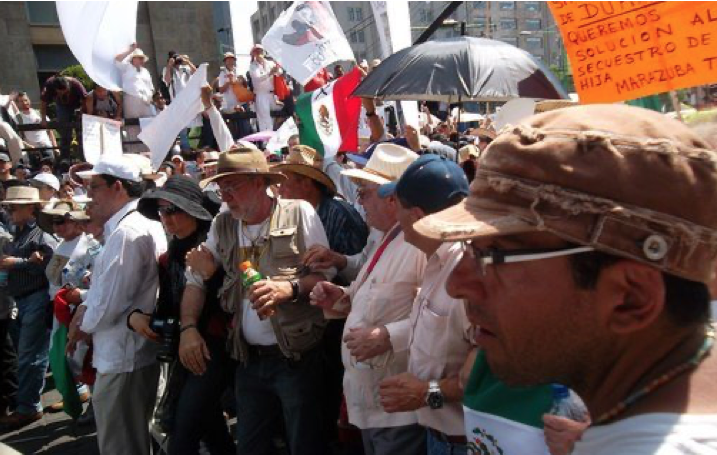 EL CHAPO WATCH--Just as the post-mortem analyses of the botched capture and release of El Chapo’s son, Ovidio Guzman, was dying down, Mexico suffered another atypical act of violence.

The execution of three women and six of their children in the state of Sonora shocked the public in Mexico and the United States, where the family held dual citizenship, and once again put President Andrés Manuel López Obrador on the defensive.

Murder by organized crime, the presumed culprit, is the stuff of daily news here since the drug war was launched in late 2006. But the massacre of women and children, members of a powerful and well-known agribusiness family, in a remote area on the border of Chihuahua and Sonora where they have lived for a century, on the surface makes no sense. A crime this notorious, involving US citizens, brings down major binational heat on a drug cartel, something they normally try to avoid.

Information has been confused and contradictory, The Secretary of Public Security and Protection, Arturo Durazo, stated the day after, Nov. 5, that it could be a case of mistaken identity. Media and social media have rejected the claim, and with good reason. Over the years, the “mistaken identity” or “it was an accident” motive in Mexican forensics has become shorthand for “we’d rather not talk about this”. We saw it in the 1993 killing of the Catholic Cardenal Posadas, and the inexplicably high number of cases of security forces and high-level government officials who have fallen from the sky. Local reporters have confirmed that the drug cartels that control this part of the country know who travels these roads. A child who survived described that assailants fired on his mother as she pleaded for her family. Also the vehicles were not together when the attacks occurred, a sure-fire sign that this was neither a mistake nor “crossfire”.

There has also been a startling lack of clarity on exactly where the crime occurred, what direction the caravan of three vehicles was traveling, why security forces took so long to arrive on the scene, and who did what, when. The government’s chronology records that the crime was reported at 1:00 PM, and the military arrived six hours later– despite the fact that they have headquarters located in Agua Prieta and Casas Grandes, both just several hours away from the scene of the crime.

López Obrador responded to a question on the delay saying that the National Guard, located in nearby towns of Janos, Moctezuma and Zaragoza, arrived earlier, but he did not say when and there is no data to back it up. He also did not explain why the Army confirmed the number of dead four hours after arriving and then undercounted by five. Or why Sonora and Chihuahua state security forces launched the operation to seal off the area at 8:30 PM—seven and a half hours after the first report. By that time, all you can expect to catch in the net are other security forces and the press, which rapidly swarmed to this usually forgotten part of the country.

In addition to being a highly militarized area, the place where the massacre took place is the home turf of AMLO’s Secretary of Security. Durazo was born and raised in Bavispe, Sonora, the town near the site. For many Sonorans, this is not a coincidence. They believe that the crime could be a message to the Secretary. The night before the ambush, there was an attack in Agua Prieta that left two dead. Durazo’s cousin is mayor of Agua Prieta.

The Sonora state government is in charge of the investigation, with assistance from the federal Attorney General’s office. The governor, Claudia Pavlovich, has requested assistance from the FBI, although Lopez Obrador has stated repeated that Mexico has the capacity to solve the crime.

Durazo and the president requested that the press not speculate until the results of the investigation are in, but social media and the press have been ablaze with speculation.

Send in the Marines?

Donald Trump fired out a series of tweets on the shooting Nov. 5, portraying a family from Utah trapped in crossfire. He used the tragedy to relaunch the war on drugs in Mexico and offered to send in the army: “If Mexico needs or requests help in cleaning out these monsters, the United States stands ready, willing & able to get involved and do the job quickly and effectively. The great new President of Mexico has made this a big issue, but the cartels have become so large and powerful that you sometimes need an army to defeat an army!

He followed up: “This is the time for Mexico, with the help of the United States, to wage WAR on the drug cartels and wipe them off the face of the earth. We merely await a call from your great new president!”

AMLO rejected the warpath as a failed strategy from the past, while thanking Trump for his offer, which he insisted “was not interventionist”. But openly proposing sending in a foreign army is the definition of interventionist, and an outright provocation for Mexico, which has historically been sensitive about protecting its sovereignty after centuries of US. Invasions.

More information will emerge, but what’s important is to find out the motive of the massacre, to read this crime in the context of this phase the public security crisis and its implications. Women’s bodies have long been used to gruesomely mark territory and this is disputed turf, but this crime goes further.

To murder mothers and babies is a macabre way to challenge the power of the state. Why would the cartels throw down the gauntlet in this place, at this time? There are three main hypothesis and quite possibly the truth lies in a combination: First, the ambush was a response to what a criminal group perceived as a direct threat from the LeBaron family to its interests in the area. This part of Mexico is an important drug trafficking route and family members have also mentioned “huachicoleo” or gas theft in the area. There have also been pitched battles over water use.

Second,  it is a message for Durazo and the federal government to back off. What specific measure could have provoked such a strong message is unclear. Third, it is part of a broader plan to destabilize the new government. The attack comes on the heels of the bizarre and embarrassing failed arrest in Culiacan, and triggers critics at home and interventionists abroad. It has put an international spotlight on violence and insecurity in the country which, according to the president himself, is the biggest challenge his government faces. The crime has prompted a revival of the spurious “failed state” accusations against Mexico from those who would like to see the nation folded into the U.S. security perimeter.

In any case, something big and uncommon is at stake here. Any attempt to chalk it up to a turf battle between local crime groups should be met with skepticism.

And even before the reports come in and a clearer picture emerges, one thing is certain: for those who benefit from war in Mexico—and there are many, on both sides of the border—the LeBaron massacre is the perfect crime.

(Laura Carlsen is the director of the Americas Program in Mexico City and advisor to Just Associates (JASS) Published most recently in counterpunch.org).