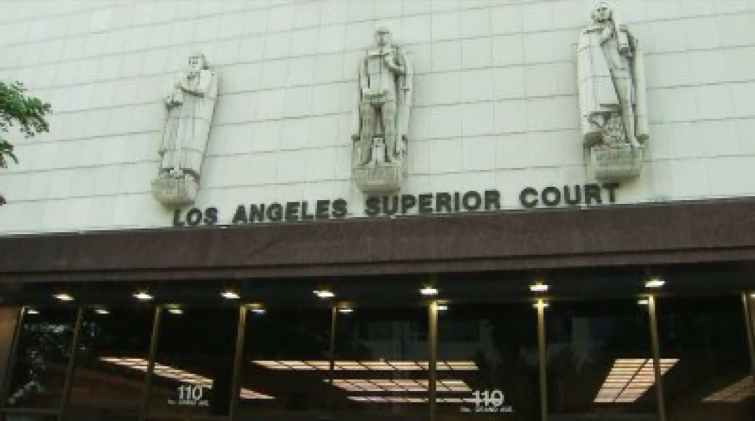 ONE MAN’S OPINION-Exactly what is a coven of evil when applied to the judiciary?

This religious sounding term, coven of evil, involves a perversion of justice, where a system which is supposed to be fair and just turns out to be unfair and unjust.

What standard do we use to assess whether a court is unfair and unjust? We look at its rules and procedures. If the judges ignore the rules and do whatever they want, then it is unfair and unjust. As a constitutional Republic, the government is based on the rule of law and not on the whim of whoever holds the gavel. When a court ignores the law, then no one know what he may or may not do until some judge decides ex post facto – after the deed is done, the judge then invents the law or ignores the law.

In brief, the Los Angeles courts pay no attention to the statutes and case law of California unless it suits the judge’s fancy. One can ask until they are blue in the face, “what authority is there?” The answer comes back, “That’s how we do things in Probate Court,” if one gets an answer.

A Time to Ponder Martin Niemoller

Martin Niemoller was the German minister who after WW II remarked:

Most Americans think that the problem is good people’s being silent.    Yes, that is part of it, but there are other aspects. People often do not know. While they may hear some things, they don’t really know, and there is always counter propaganda. Then, it is hard to believe the stories or those tales may be just a few rotten apples. The big hurdle is that we do not feel the great psychological and financial harm a predatory judiciary inflicts upon people.

In LA conservatorship court (under Probate), for example, the elderly can be fleeced of a lifetime of effort because the court and its retinue want the old person’s property. Let’s look at a real case.

Facts: Widow M falls under the psychological control of her adult daughter and her finances are drained – perhaps by $1 million. Her adult son files for a conservatorship as that forces the daughter to bring the mother to court, where visitation with the son is ordered and then a mediation is set.

Mediation: After the mediation, the Mom gets to be with her son for 30 days and then decide where she wants to live. The Widow M chooses her son and then she hires were own private attorney whom she has known for over 45 years.

The Ransom for Her Escape: The mother, who everyone agrees does not need a conservatorship, has to sign an agreement to sell her three homes.  First to go will be her large Verdugo Hills house in Glendale, next to go will be her small single-family rental in Rancho Rivera, and then last to be sold is her large house in Temecula.  The court-appointed attorney [CAC] ambiguously assures the widow that the CAC’s children will pay for the Verdugo Hills property. Also, the widow has to support her 50-year-old daughter (who has a BA from NYU and was a real estate agent) at $1,000 per month for life and allow the daughter to live rent-free in mother’s Temecula house until it is sold. (How does the victim end up supporting the abuser? The court gives no answer. Here’s the answer: the more drains on the widow’s assets, the faster the court can justify selling her houses.)

Deal Falls Apart: The adult daughter refuses to keep her part of the bargain to give up all the widow’s financial papers for Widow M to restore her finances. The daughter’s refusal crashes the mediation deal. When one party refuses to perform, that refusal kills the agreement.

Aftermath of the Deal’s Collapse: The mother and her real attorney hire a forensic accountant and restore her cash flow to the black by short term rentals on Airbnb. This infuriates the judge.

Lynchpin to the Scam: There was supposed to be a court appointed trustee to take over the Widow M’s trust and then manage her properties (i.e. drain her assets). Here’s how this management often works: The judge appointed trustee does all sorts of work on the properties at inflated prices and loads up the properties with liens. By running up the costs far above the Widow M’s income, the trustee declares the need to sell the houses. When the Widow M at 79 and her friend at age 74 rehab the homes without a single lien, the scam falls apart. There are no liens on the property (except mortgages) and Widow M is making thousands per month.

The CAC ignores everything the Widow M says and makes false claims to the court about the Widow M’s private attorney. When the CAC files a petition to force Widow M to sell her properties, the Widow M fires the faithless court-appointed attorney. Who wants their own attorney to go into court and file motions against them? (Under the Fracasse case, clients have an absolute right to fire their attorneys.)

During a court hearing, the Widow M’s private attorney recites evidence about the CAC’s malpractice, breach of fiduciary duties and breach of her duty of loyalty. Judge Lippitt says he should not disparage the CAC. What sort of court tells litigants not to bring to the court’s attention wrongdoing by the other side? Then, Judge Lippitt removes Widow M’s private attorney as the widow’s attorneys of record. No notice at all. Just out of nowhere, Judge Lippitt says that he’s no longer the attorney.

This is one way that judges manipulate the evidence. They simply remove the attorney who produces evidence that the judge dislikes. Now, the Widow M has no one to introduce any evidence in her favor.

People familiar with Dexter Jacobson will recognize that this scenario is how he came to be dead in Marin County with a bullet in his head. He complained about the federal bankruptcy court referees looting the assets of people going through bankruptcy. Let’s be clear about this situation – fleecing the elderly is big business and these thieves are not going to let the law, due process, facts or pesky attorneys stand in their way.

Back to Martin Niemoller

People have trouble believing that such horrible things occur. The law is so complex. How did Germans know that “Jew shopkeeper” wasn’t a thief? How they know that “queer guy” didn’t corrupt children? The Germans had no way of knowing. How do Americans know that the stories they hear are true or false? If one does know, how does one speak out? Where does one go and who cares? And remember, if someone should be too effective, the judges can resort to jail like they did for attorney Richard I Fine or a bullet like they did for Dexter Jacobson.

Here’s the real law for Los Angeles: There is no law – only a coven of evil.