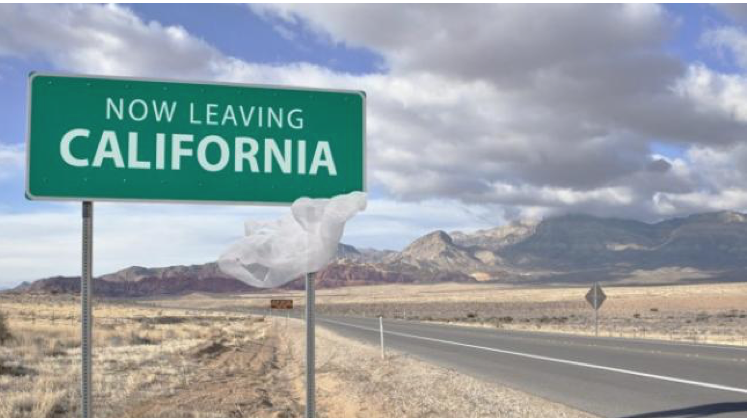 RANTZ & RAVEZ-It wasn’t long ago that California -- especially Southern California -- had a great reputation as the place to live, work and play. We were a state with a moderate climate, a great educational system and many quiet residential communities with affordable housing and plenty of places to shop at local retail centers.

There were multi-lane freeways where you could drive at 65 mph from the San Fernando Valley to downtown Los Angeles in 30 to 45 minutes. There was no traffic congestion or the current freeway parking lots where we now creep along at 5 to 20 miles an hour most times of the day and into the evenings. As I recall it, those were “The Good Old Days.”

Being a native Angeleno, I know how good it once was to live here and in the surrounding communities. Cities like Burbank, Glendale and the beach cities of Santa Monica and Manhattan Beach. Growing up in Hollywood, I made frequent visits to the Farmer’s Market, Canter’s Restaurant and the great places along Sunset and Hollywood Blvd. And then there was Van Nuys Blvd. where we would cruise for hours on Wednesday nights stopping at Bob’s Big Boy and June Ellen’s Donut shop. The reality is, the past is gone and it’s not coming back. Also gone are the thousands of retired and working families that have left and continue to leave California for a better life in other states across America. States where you can live at a lower cost of living in a safe and happy environment.

For you NRA members, in other states, you can get a CCW if you are a good citizen with a clean record. Quite a change from the restrictions in California and especially Los Angeles.

Today we have a growing and continuing exodus from California. A 2018 U.S. Census Bureau report details the migration out of California: A total of 691,145 people moved out of the state last year. 86,164 of those people moved to Texas while 68,516 moved to Arizona. 55,467 moved to Washington and another 50,707 relocated to Nevada. 43,058 relocated their residence to the State of Oregon. While a total of 691,145 people moved out of California, only 501,023 people moved into the state. This is a five-year low. What do these U.S. Census Bureau statistics tell us? They reflect the unhappiness of thousands of Californians. Unhappiness with the homeless population, increasing property crimes, excessive taxes, the highest gasoline prices in the country. There are many more reasons are why thousands have left California and others are considering it.

How many states have cities where there is current recall for the Governor and the Mayor? California currently has two recall petitions circulating for the Governor and one for the Mayor of Los Angeles. This is truly a reflection of how fed up people are with the leadership at the top; they want to see positive changes.

Have you considered moving to another state? Many of my friends have moved and have been happy to find “Greener Pastures” with an improved quality of life.

Be aware that new tax proposals are scheduled to be on the next ballot. Among the most common are school taxes. The state is moving forward on a state school tax to repair facilities. In addition, if you live in Los Angeles, the LAUSD plans to put another school tax on the ballot. We voted down the last one.

In addition to those taxes, there will be additional ones for LA’s Fire and Police Departments. Knowing that we love our emergency personnel, that tax should pass without any problem. We saw how important out first responders are during the recent fires. There is also the Prop 13 split tax for businesses. This means that your property tax will continue to increase after the next election. I plan to review all the measures and tax proposals and will share my findings with you on the pros and cons prior to the next election.