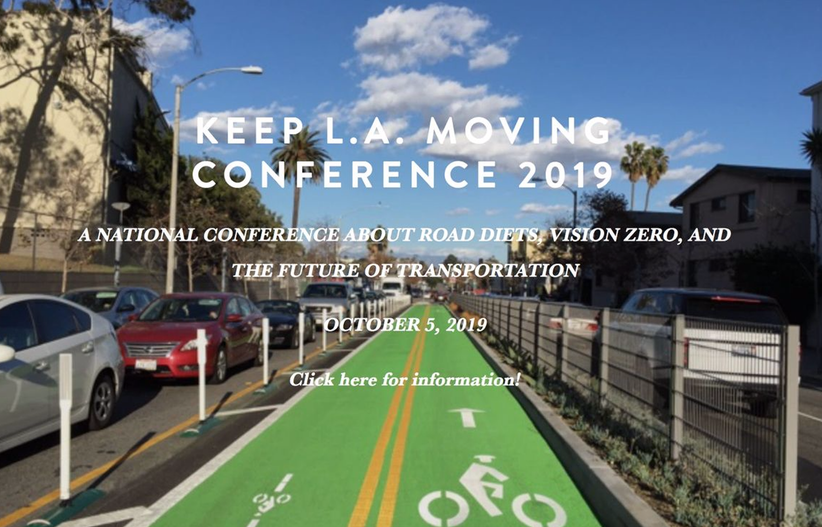 ALPERN AT LARGE--Keep LA Moving will hold a national conference in Mar Vista on October 5th to address the impacts of road diets such as the Venice Blvd. Road Diet that--no matter what its over-empowered proponents state--still has devastating and ongoing impacts on businesses, mobility, and quality of life.

The overwhelming majority of most Mar Vista residents and regional neighbors of that road diet--which has helped shred and destroy the once-high credibility of the local councilmember and the City's mayor--still despise the road diet, and indeed despise both overdevelopment and homeless encampments that the road diet's proponents appear to support.

Everyone is guilty of having their own agenda, and it does appear rather curious that those supporting the Venice Blvd. Road Diet--which completely remade the once-painfully-tone-deaf Mar Vista Community Council into a more responsive and representative neighborhood council--also support homeless policies and overdevelopment that threaten Mar Vista's once-tranquil existence.

Also curious is that those who support the Venice Blvd. Road Diet are the same curious individuals with an agenda purporting to create more affordable housing, more mobility, and a better environment...but who invariably make those problems infinitely WORSE by their agenda-driven, top-down, secretly-funded, and non-democratic tactics.

And if the majority of the electorate scream "NO!" and do what they did with the Mar Vista Community Council, which was to vote out those inflicting the Road Diet, overdevelopment, and homeless encampments metastasizing all over the region, and bring in a more responsive neighborhood council?

Well, then, those "Road Diet on the Brain" zealots have to conclude that the majority is...well...just plain wrong! WRONG!

Even though the majority already HAS better ideas for mobility, proper and neighborhood-enhancing development, and addressing the affordable housing and homeless problems.

And despite the fact that firefighters and law enforcement officials know and have spoken nationwide--even if their own livelihoods are in peril--that Vision Zero and Road Diets are repeatedly-proven failures that threaten emergency services.

Again it should be emphasized that the Vision Zero crowd, those responsible for homeless encampments spreading like wildfire in urban regions throughout the nation, and those creating overdevelopment which is anything BUT helping our affordable housing problems (and the underlying income and rich/poor inequality problems)...are the same people!

Thus it is entirely appropriate that there will be a national conference on October 5th in Mar Vista, with speakers from across the political spectrum, to address the real-world impacts and safety threats of road diets such as that which has plagued Venice Blvd., despite being represented as a "pilot project".

And, of course, it should be mentioned that Road Diets are planned and in development for other major thoroughfares such as Centinela and Sepulveda Blvds.

There IS a lawsuit to fight the Venice Blvd. Road Diet, and while it is a damned shame we have to sue our elected representatives and City after paying oodles of taxes to support the "services" they provide for us...

...it's recommended that we put up our dukes and fight those who have gotten so comfortable with their collective boot on our collective neck that they've forgotten to recognize that it's...

For those of us who want mobility, there's a conference in Mar Vista worth attending on October 5th, and it's hoped that those of us who live outside of the L.A. elite groupthink bubble can come up with better ideas than those forced upon us for the last several years (and when Mayor Garcetti's true agenda was imposed upon us).